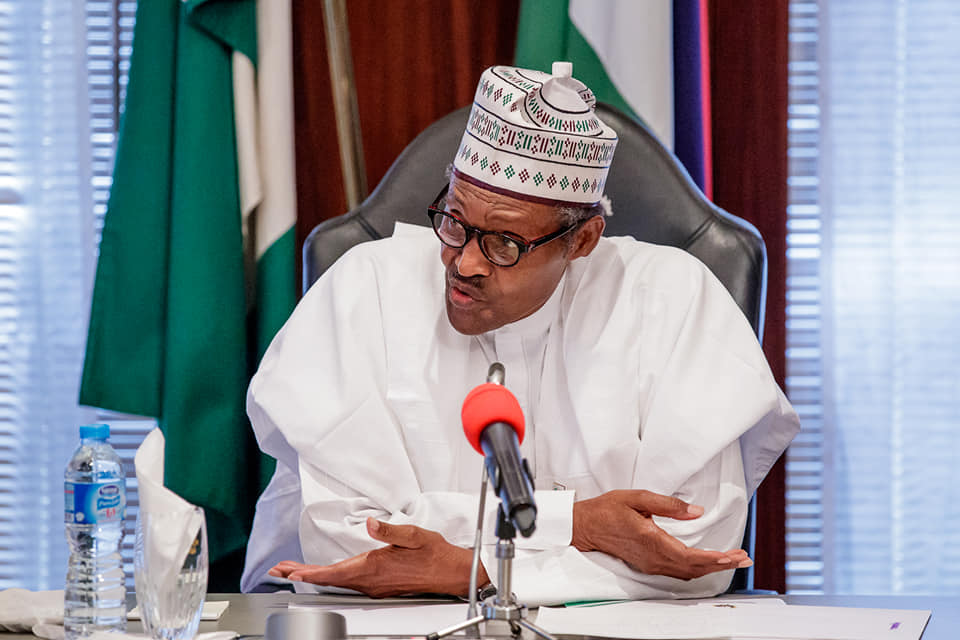 President Muhammadu Buhari said the delays in passage of budgets by the National Assembly, sometimes lasting seven months, have been the result of delay completion of projects across the country, advising that more efforts be made to speed up the process.
The President, who received a delegation of Eminent and Respected citizens of Niger State led by Lt. Gen. Garba Duba (Rtd) at the Presidential Villa, said the government’s achievements in ensuring better roads, rails, power and repositioning of the airports was in spite of the delays, praying for more understanding and commitment to infrastructural development.
“If the National Assembly takes seven months to pass a budget, then we should be commended for the much that we have achieved, and can still achieve.
“I personally feel very disappointed. I spoke with the leaders of the National Assembly on the issue that seven months is a long time to work on a budget.”
The President said ongoing efforts to improve road, and rail networks across the country will be increased as infrastructural development remains paramount for improving the livelihood of Nigerians.
President Buhari told the delegation, which includes Governor Abubakar Sani Bello, military and traditional leaders, that his administration will pay more attention to the stretch of 2,150km federal roads in the state.
On security, he said, “we cannot manage our communities and societies without security. A lot of resources is being diverted to provide security instead of going into infrastructural development.’’
The President re-assured the delegation that his administration will stay focused on securing lives and property, fighting corruption and stimulating the economy for more progress.
President Buhari said the Minister of Agriculture and the Governor of the Central Bank of Nigeria had been directed to increase monetary supports, through loans, to farmers in the next farming season, and ensure that farmers are not overwhelmed with the traditional demand for collaterals.
“Traditional institutions and families can serve as guarantors because we cannot continue with that colonial style of asking for collaterals that people don’t have.”
The President commended the Chinese government for accepting to finance 85 per cent of Nigeria’s infrastructural development need.
“I thank you so much for coming. It is a good morale booster for me and the country that a State will bring a strong delegation to show appreciation for our efforts,’’ he said.
In his remarks, the leader of the delegation, Lt. Gen. Duba, who is a former military governor, commended the President for the significant stride in repositioning of roads, rails and airports across the country.
He said Niger State still faced challenges of security along Jebba-Mokwa-Birnin Gwari-Kaduna roads, urging the President to reinforce surveillance on the routes and also direct more attention on the construction of federal roads in the state.
The Etsu Nupe, Alhaji Yahaya Abubakar, who is also the Chairman of the Niger State Council of Traditional Rulers, commended the President for providing exemplary leadership for the country.