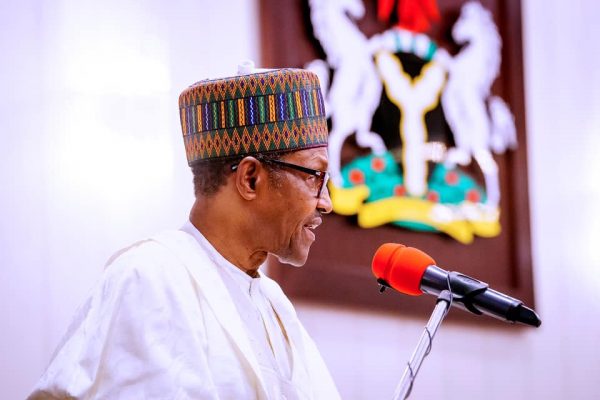 President Muhammadu Buhari has cautioned African leaders under the canopy of the Economic Community of West African States (ECOWAS) against elongating their tenure in office beyond constitutional limits.

The President, who spoke today, September 7, at the 57th Ordinary Session of the ECOWAS Heads of State and Government in Niamey, Niger Republic on Monday, stressed the need for the leaders to respect constitutional provisions and ensure free and fair elections.

“It is important that as leaders of our individual Member-States of ECOWAS, we need to adhere to the constitutional provisions of our countries, particularly on term limits. This is one area that generates crisis and political tension in our sub-region.

“As it is, the challenges facing the sub-region are enormous; from socio-economic matters to security issues, the ECOWAS sub-region cannot therefore afford another political crisis, in the guise of tenure elongation. I urge us all to resist the temptation of seeking to perpetuate ourselves in power beyond the constitutional provisions.

“I commend those in our midst that have resisted such temptations, for they will be deemed exceptional role models in their respective countries and the sub-region as a whole.

“Related to this call for restraint is the need to guarantee free, fair and credible elections. This must be the bedrock for democracy to be sustained in our sub-region, just as the need for adherence to the rule of law.”

On the political situation in Mali, President Buhari described it as of serious concern to ECOWAS, and commended President Mahamadou Issoufou of Niger Republic and out-going Chair of the ECOWAS Authority of Heads of State and Government and the Leadership of the ECOWAS Commission, as well as the Chief Mediator, former Nigerian President Goodluck Jonathan, “for effectively demonstrating commitment in handling the political situation in that country.

“Nigeria remains resolutely committed to ECOWAS decision for a civilian-led Transition Government not exceeding 12 months. This is important because of the circumstances surrounding Mali where violent non-state actors and other negative tendencies reside and who can take advantage of the unstable political situation to overrun the country, thereby plunging it into greater danger that will affect the political stability of the whole sub-region.

“While Nigeria understands the current political realities in Mali, the sub-region’s commitment to the Protocol on Democracy and Good Governance, must never be compromised.

“An early return to democratic governance which is transparent and civilian-led, will commend itself for Nigeria’s support for progressive relaxation of sanctions against Mali.”

On security, the Nigerian leader noted that terrorism had continued to be the greatest security threat in the sub-region, complicating other national security challenges.

“As a sub-region, we need to collaborate more by working hand in hand with each other, to combat the root causes of the different security-related manifestations in our countries.

“Nigeria is concerned with the rapidity at which terrorist groups in the Sahel and West Africa are working together against all of us,” adding that, “We must urgently review these ugly developments to guarantee the safety and survival of our sub-region.

“Our national security apparatus and the relevant Units of ECOWAS must urgently be seized with these unfolding events across our sub-region and act decisively on the emergence of early warning signs.”

On the long-standing single currency issue for the sub-region, the President said: “Nigeria remains committed to the implementation of the action plan towards the actualization of the monetary union and single currency programme of ECOWAS,” and called on “Member States to show support to the resolution of the Heads of State and Government of the ECOWAS on this matter.”

Cognisant of the “likelihood that many ECOWAS member states may not meet the convergence criteria over the next few years due to the impact of COVID-19 on our economies and which as a consequence, will affect the take-off date of the single currency,” he said “Notwithstanding this envisaged delay, we must remain collectively focused and resolute in working to achieve the objectives of the ECOWAS monetary union as a project for the sub-region.

“The premature adoption of the “ECO” has unnecessarily heightened disaffection and mistrust among members of the emerging monetary union.”

Buhari encouraged UEMOA (French acronym for the West African Economic and Monetary Union) to return to the roadmap on the common currency in the sub-region.

He also urged all stakeholders to bear in mind that those economic convergence criteria must be based on sound and sustainable macroeconomic fundamentals.