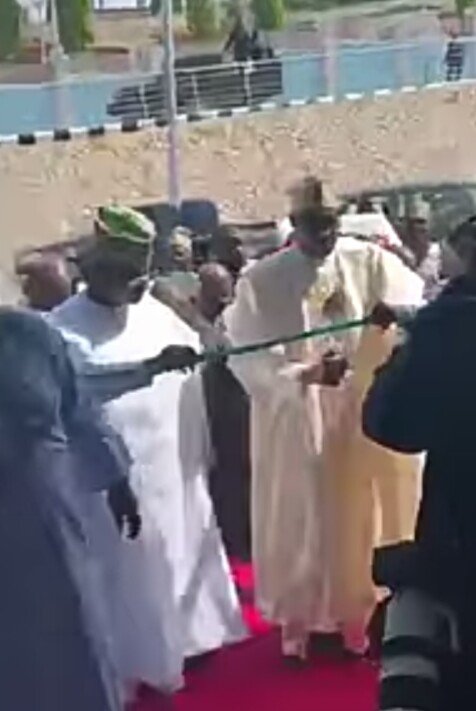 President Muhammadu Buhari has commissioned a multipurpose ultramodern Reference Hospital in Okene, Kogi State.
The newly built hospital, an extension of the age old Combined Hospital, was commissioned by the President today, December 29, with the State Governor, Alhaji Yahaya Bello. The hospital is almost opposite the Palace of Ohinoyi of Ebira land, Dr. Ado Ibrahim.
The commissioning of the hospital was one of the projects executed by the Yahaya Bello-led administration and commissioned today by the President.
The state government had earlier declared today, Thursday, a public holiday in order to ensure a hitch free reception for president Buhari.
The Reference Hospital has been described as a first class Medical Institution that will re-write the story of medical practice and access to medical facilities in Nigeria. 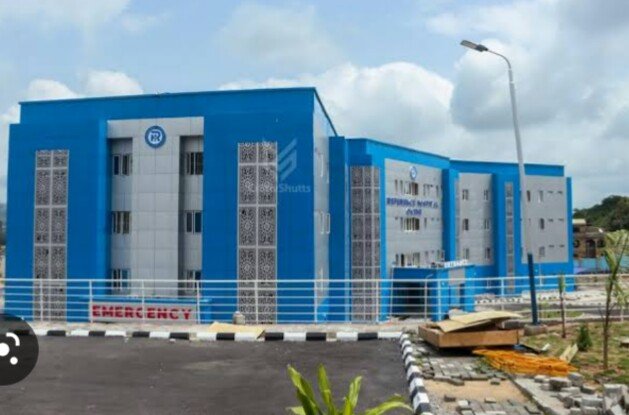 The hospital will radically change the face of healthcare delivery in Kogi and Nigeria, as many will now have access to excellent medical facilities and services.

The hospital is intended to end medical tourism abroad. What Nigerians travel abroad to access medically are available at the Reference Hospital, Okene. This will also help reduce capital flights abroad.
The Reference Hospital, Okene will serve as Teaching Hospital to the newly established Confluence University of Science and Technology, Osara. It will ensure that Medical Students from the school are top notch.
The state-of-the-art hospital will drastically reduce maternal mortality rate. 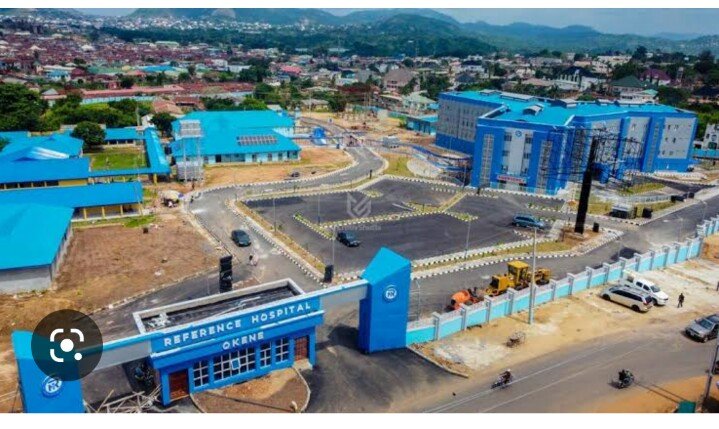 The hospital has its own Oxygen Plant to permanently solve the problem of inadequate oxygen in the entire North Central and some parts of South East, South South and South West.
Okene is bordered by Edo and Ondo State. Many of the states around Kogi will depend on the Oxygen Plant at the Reference Hospital, Okene.
Also, the traffic to the medical facilities in the FCT will come down drastically now that same facilities are readily available in Kogi State. People living in some West African countries will find Kogi State closer than Europe and America.
In all, the Kogi State Reference Hospital will address health needs, economic needs and also ensure national, sub-regional and regional integration.
One of the major concerns of medical activists has been how the common man will be able to afford such first class medical services. But Kogi State under governor Yahaya Bello is also planning ahead.
The State Government has launched a Health Insurance Scheme, known as BelloCare.
The State Government has initiated a Bill to establish a Health Insurance Agency.
Today, that Bill has not only been signed into Law, the Governor has ensured a fully functional Health Insurance Agency is fully in operation under the leadership of an Executive Director.
Today, thousands of Kogites and residents have been on board the Health Insurance Scheme.
Many people said that the hospital “is more than a Reference Hospital,” appreciating what Governor Yahaya Bello has done to stir a revolution in the healthcare sector.