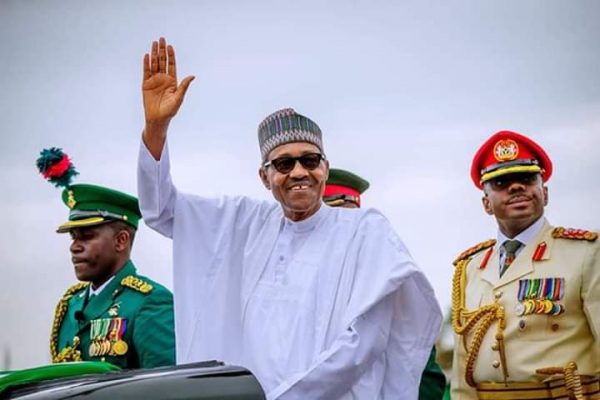 President Muhammadu Buhari of Nigeria has been named winner of the 2021 Great Builder Super Prize for Trophée Babacar Ndiaye.
He took over from Abdel Fattah al-Sissi of Egypt, who won the 2020 prize.
A statement from the African Development Bank (AfDB) yesterday, May 28, said that Buhari was named winner during the inaugural Africa Road Builders Conference held on March 31 in Cairo, Egypt.
The trophy would be awarded on June 24 on the side-lines of the AfDB’s Annual Meetings.
Fattah al-Sissi, received the award “for his personal leadership and for the efforts made to ensure road safety and the health of the population in the context of transport.”
The selection committee, however, cited Nigeria’s efforts to improve road safety and air quality for road users.
It also commended efforts to obtain COVID-19 vaccines and for advancing major transport projects, especially in the rail sector that would ensure the optimal operation of roads and transport.
The Babacar Ndiaye Africa Road Builders Award is organised by Acturoutes, an information platform on infrastructure and roads in Africa, and Media for Infrastructure and Finance in Africa (MIFA), a network of African journalists specialised in road infrastructure.
The AfDB president sponsors the award.
The selection committee comprises media representatives from the five regions of the continent who rely on media reports and experts on road networks, transport, and sustainable development.
The award was created in honour of Babacar Ndiaye, President of the AfDB Group from 1985 to 1995.
Each year, the Africa Road Builders selection committee carefully evaluates ambitious and tangible projects that have a real impact on the mobility of people in Africa.