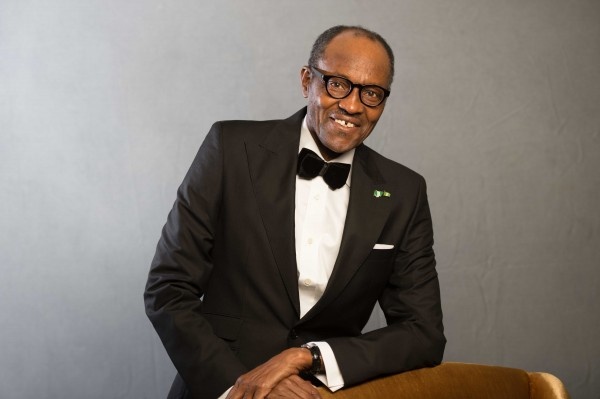 Presidential Candidate of All Progressives Congress (APC), General Muhammadu Buhari has left for the United Kingdom today on what his campaign organisation described as “a short working visit.”
In a statement, the director of media and publicity for the campaign organisation, Garba Shehu said that in the course of the visit, General Buhari is expected to hold meetings with key members of the British political establishment and interact with some global institutions with stakeholder interest in the affairs of Nigeria.
He said that Buhari may give a talk at the prestigious foreign policy hub, the Royal Institute of International Affairs, Chatam House in London.
This was even as Garba Shehu said that APC now has evidence to show that a top management staff of the Nigerian Maritime Administration & Safety Agency (NIMASA) has been behind the dirty campaigns of hate, recently featured in AIT and NTA, against General Buhari and his family.
He said that the Campaign Office has confirmed that the agency was indeed the sponsor of all the dirty campaigns against the APC presidential candidate on AIT, NTA and several other media platforms, the action which he said contravenes the NIMASA Act, the Public Service Regulations, and the INEC Act 2010 as amended, among others.
Garba Shehu said that APC and the campaign organisation were miffed by a situation where a government agency would use public funds to sponsor a campaign of calumny against the candidate of the party.
He emphasised that such act is illegal and needs to be condemned and investigated by the Joint Committees of the National Assembly on Marine Transportation.
“If these claims were to be found to be true by the Joint Committee, the statement said, disciplinary action should be taken against the agency and its leadership.
“It is a well known fact that the Director General of the Agency, Mr. Ziakede Patrick Akpobolokemi was President Goodluck Jonathan’s and a well-known ex-militant’s errand boy. He was appointed there for the sole aim of satisfying an ex-militant’s camp, an assignment he has carried out well to the satisfaction of those who put him there through the award of a concessionaire phantom PPP project. Under this contract, a certain company, (Global West Vessels Specialists Ltd) was handed the legal responsibility of the Nigerian Navy (NN) of protecting the Nation’s Waterway and NIMASA’s Maritime Security function to the surprise of all industry observers and yet fail woefully in offering the necessary protection for the theft of Nigerian Crude Oil, which has only increased since then among other sea related crimes.”
Garba Shehu also condemned the illegal use of public funds by the chief executive of any government agency to finance disparaging media campaign against an opposition candidate.
He decried the increasing helplessness of regulatory agencies in the country, charged with the certification of commercial advertising, that are now being ignored by the PDP in placing libellous and defamatory campaign materials against the opposition in TV stations they control.
According to him, President Jonathan should prove to Nigerians that he is sincerely committed to the rule of law by taking immediate action against the NIMASA boss, adding: “it is not enough for President Jonathan to claim he doesn’t know the sponsors of smear adverts if he lacks the courage to punish them once they are exposed.” [myad]