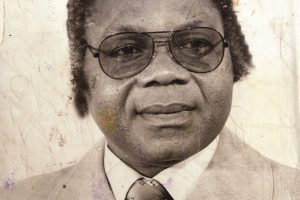 Governor Obaseki, who spoke today, Sunday, at a memorial service in honour of the former governor, at St. Ambrose Catholic Church, Emaudo, Ekpoma, said: “I had an audience with President Muhammadu Buhari while in China and discussed the issue of a presidential pardon for late Prof. Alli.

“The president asked me to meet with the Attorney-General of the Federation. This I have done and I have also written to him.

“The president has subsequently instructed the Attorney-General of the Federation, Abubakar Malami, to begin the process.”

The governor said that he is optimistic that at the next meeting of the Council on Prerogative of Mercy, the president would officially grant the pardon even as he gave assurance that he is working with his Delta counterpart to ensure that pension due to late Ambros Alli is paid to his widow and the family.

See also:  CBN Angry With NESG For Attack On Its Measures To Stabilize Nigeria’s Economy

Governor Obaseki lauded the former governor’s development strides in defunct Bendel, noting that the feats were intimidating and accomplished in just one term.

This was even as Governor Ifeanyi Okowa of Delta said that the state would continue to remember Ambros Alli for developing it, adding that the people had a lot to thank him for.

“We are grateful, as his developmental strides can still be seen years after his death,” he said.

The eldest son of the former governor, Andrew Alli, the Ezomo of Ekpoma, regretted that his father is still termed a criminal despite his contributions to the development of Delta, Edo and Nigeria.

Edo: God, Let Me Lose If Election Will Cause Bloodbath – Gov Obaseki

Police To Edo Electorate: Cast Your Vote And Leave Immediately, No Waiting

We May Be Forced To Stop Edo, Ondo Governorship Polls If…- INEC