Home FEATURES Buhari May Appoint Only 19 Ministers, Instead Of 28 In The Past 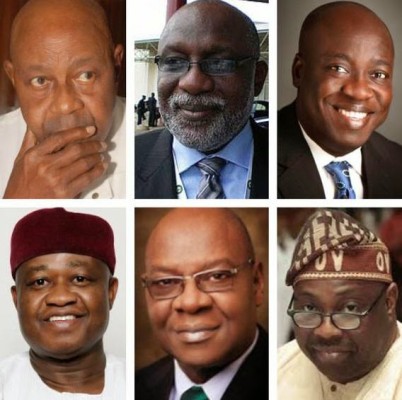 Indications have emerged that President Muhammadu Buhari may listen to the Ahmed Joda-led transition committee of the All Progressives Congress (APC) which recommended the pruning down of the federal ministries from 28 to 19.

The advisory committee recommended that Buhari should have only 19 senior ministers, while 17 ministers of state should be appointed, bringing the total to 36 in fulfillment of the constitutional requirement of one minister per state.

Previous governments, starting from 1999, appointed 42 ministers — picking one from each of the six geo-political zones in addition to one from each of the 36 states of the federation. Under former President Goodluck Jonathan’s administration, there were 28 senior ministers and 14 ministers of state. Three of the ministries were directly under presidency.

The Joda transition committee submitted its report to Buhari on June 12, but the details, which the president is expected to evaluate before taking his initial key steps, are yet to be made public. With Joda committee’s proposals, nine ministries will not be affected in the pruning exercise. They are: industry, trade and investment; education; defence; FCT; finance; labour and productivity; justice; foreign affairs and (9) national planning.

“There is no direct relationship between the number of ministries and efficacy of service delivery. The US with a population of 316 million and with GDP of $17,328 trillion (30 times Nigeria’s GDP) has 15 ministries. India has 24 ministries, while the UK has 17.

Joda committee’s report went on thus: “the current structure of the FGN with 28 ministries and 542 agencies (50 of which have no enabling laws) [results in] very high cost of governance. The portfolios of ministries are not responsive to all the major critical national challenges such as family and child affairs; religious affairs; vulnerable and elderly group affairs as well as the North-eastern crisis. “[There is an] apparent conflict between the desire of reducing the cost of governance through cabinet downsize and the constitutional requirement of a cabinet-level ministerial appointment from each of the 36 states of the federation.” [myad]