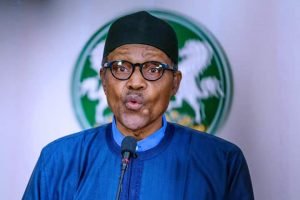 President Muhammadu Buhari has expressed sympathy over the death of the former Attorney General and Commissioner of Justice for Kano State,  Alhaji Aliyu Umar, who died yesterday, April 17.

In a condolence message issued by the presidential spokesman, Malam Garba Shehu, the President recalled  the deceased sacrifices, dedication and commitment to pursuit of justice in the country.

The President commiserated also described late Aliyu as “erudite lawyer,” and added that the deceased dedicated his life and intellect to the service of the country and humanity.

President Buhari praised investment of time and resources in handling some of the most sensitive criminal cases in the country, adding that his contributions will always be remembered.

“His willingness to prosecute for benefit of the state and downtrodden had left an indelible mark on Nigeria’s justice system.”