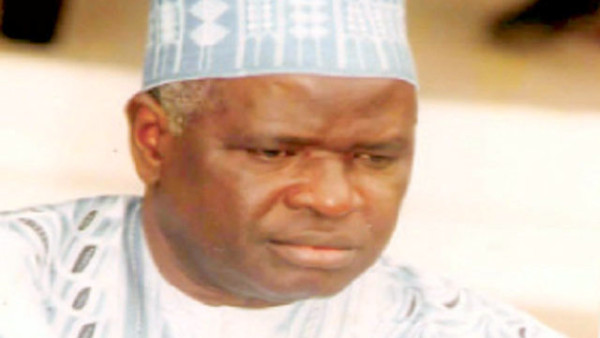 President Muhammadu Buhari has commiserated with the government and people of Sokoto State over the death, on Wednesday in a London hospital, the former boss of the National Security Organisation (NSO) and Marafan Sokoto, Alhaji Umaru Shinkafi.

In a statement by the special adviser to the President on media and publicity, Femi Adesina, Buhari described the departed politician, administrator and technocrat, as an expert whose contributions to the development of the security architecture of Nigeria remains indelible, adding that others carried on where he left off.

The President recalled that Shinkafi who was also former Federal Commissioner of Internal Affairs, played frontline roles in the activities leading to the eventual return and enthronement of democracy in the country.

He asked members of his family, friends and associates to take solace in the fact that the late Umaru Shinkafi played the parts assigned to him diligently, conscientiously and patriotically, even as he called on them to emulate the good virtues that he left behind.

Umaru Shinkafi died in a hospital in London at about 4:07pm Nigerian time.
family source hinted that his body will be flown back to Nigeria on Friday for burial at Abubakar III burial ground in Sokoto.
Shinkafi is survived by three wives and five children.