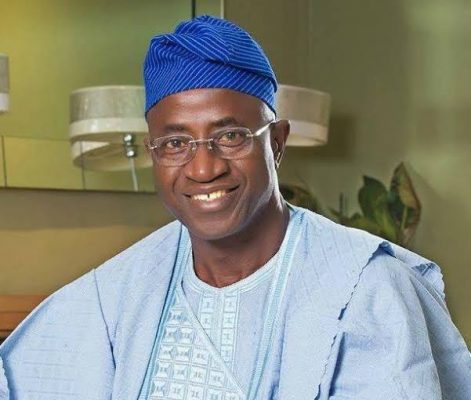 President Muhammadu Buhari is happy to recall the football exploits of the former captain of the Super Eagles, Segun Odegbami who is celebrating his 70th birthday.
In a statement today, August 27, by a presidential spokesman, Femi Adesina, the President recalled Odegbami’s “dazzling skills and accuracy in scoring (goals) for which he was nicknamed ‘Mathematical Odegbami.'”
He described Odegbami as Nigeria’s iconic football star, sports administrator and broadcaster.
President Buhari savoured Odegbami’s distinguished career in sports, with eight years as a national team player, 1974-1982, earning the respect of team players and fans, at home and across Africa
He said that the versatility of the former skipper of the Green Eagles, who also served as adviser to the technical crew of national teams, inspired many athletes to stardom and positioned himself for successes in writing, publishing, acting, broadcasting and farming.
President Buhari said that Odegbami, who now joins the group of Septuagenarian, is blessed with gargantuan experience, leadership skills and network of friends across many fields and places, that are relevant  for growing the country.
President Buhari prayed for longer life, good health and prosperity for Chief Odegbami and his family.