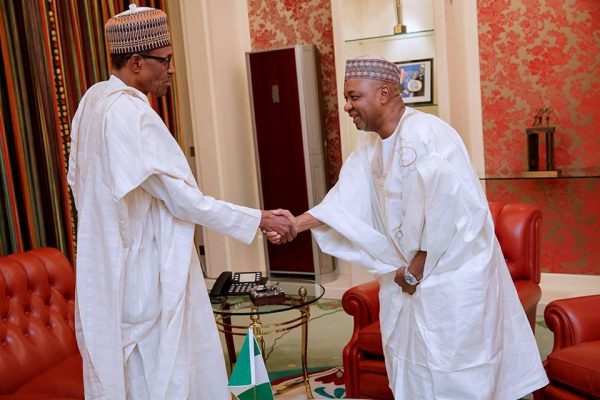 President Muhammadu Buhari has commended the Vice President of Nigeria under the regime of President Goodluck Jonathan, on the platform of the Peoples Democratic Party (PDP), Architect Namadi Sambo for the successful conduct of election in the Republic of Niger.

“I am glad you came back with good news,” Buhari told Namadi Sambo, who was at the Presidential Villa to submit a report on the elections in the neighbouring country. The former Vice President is the Head of Mission of the Economic Community of West African States (ECOWAS) on the election in Republic of Niger.

Receiving the report, President Buhari said that Nigeria should be concerned about stability in the Republic of Niger because it shares more than 1,400 kilometres border with Nigeria.

“We are concerned about their stability, and I am glad the elections went well. I am happy it was transparent, as attested to by most of the observers.”

Namadi Sambo said that he met with all the stakeholders before the polls, which went into run-off after the initial exercise in December last year was inconclusive, “and we observed about 400 polling units in five regions of the country, and the process was peaceful, done professionally. Every citizen was given the right to vote and be voted for.”

See also:  Buhari Not Under The Influence Of Cabal, Backroom Boys – Presidency

He described the election as “a great improvement on that of December 27 last year,” and thanked President Buhari for facilitating the transportation needs of his team.

The candidate of the ruling party was announced by the electoral body as having won more than 50% of the votes, a decision disputed by the opposition candidate, who has now approached the constitutional court for redress. It is the court which has powers to declare a winner in an election, according to the Constitution of Republic of Niger.