Home NEWS Buhari Thumbs Up For Traditional Rulers For Ensuring Norms, Cultures Are Not... 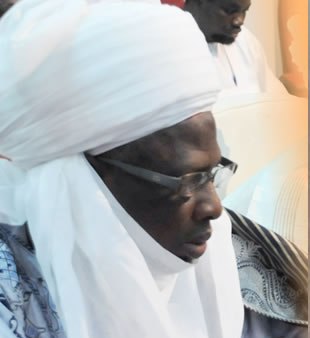 President Muhammadu Buhari has praised many traditional rulers in the country, who he said, have ensured a healthy mix of modernization and the traditional ways of life of the people in ways that norms and cultures are not eroded in the face of an expanding modernity.

The President, who spoke through the minister of the Federal Capital Territory (FCT), Malam Muhammad Musa Bello during the celebration of the 25 years of the ascension to the throne, of the Ona of Ababji and chairman of the FCT Council of Chiefs, Alhaji (Dr.) Adamu Baba Yunusa, said that as custodians of traditions and customs, traditional institutions have remained bastions of stability and continuity in communities across Nigeria.

President Buhari acknowledged that the traditional institutions in the FCT through the efforts of the Ona of Abaji have not only maintained their relevance but have deepened their roots as well.

He commended the efforts of the monarch in ensuring that the Federal capital Territory remained a welcoming home for all Nigerians.

The President called on traditional rulers to use their enormous clout and authority to ensure a peaceful electoral process in 2023, by positively engaging the people, especially the youths on the need to shun all acts of violence or actions that might negatively impact the electoral process.

He appreciated the Ona for ensuring that his domain remained peaceful even as he reminded Nigerians that nothing positive can come from an atmosphere of rancor and violence.

He called on them to make conscious efforts to ensure that peace and tranquility prevails as the general elections draw near.

This was even as the Minister, whose address  was delivered by the Permanent Secretary in the FCT Administration, Olusade Adesola, said that in the 25 years of his reign, the Ona of Abaji has provided guidance to his subjects and sterling leadership to all the traditional rulers in the Federal capital.

“He has used his position as the foremost traditional ruler to provide a robust leadership and uphold the principles of unity and love for country which guided the establishment of the Federal Capital Territory.

“His wisdom and guidance has ensured that the FCT remains a home for all Nigerians at all times, so much so that Nigerians, from all works of life who have decided to make the FCT their home are made welcome.”

He also described the Ona of Abaji as a very committed member of the FCT Security Committee and an active participant in the implementation of government policies particularly those that involved mass sensitization and galvanization of public action such as immunization and public health programmes as well as  national elections and census.