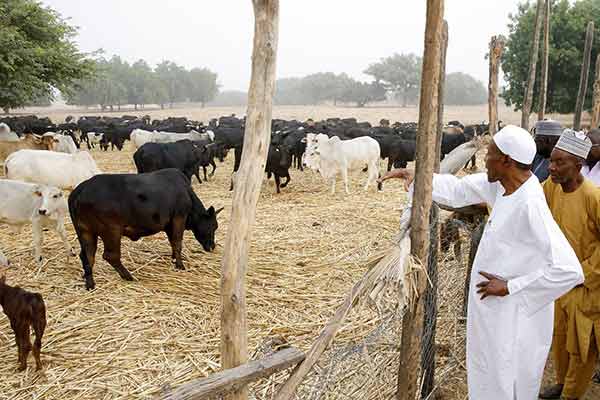 A statement today, July 23 by his Senior Special Assistant on media and publicity, Malam Garba Shehu said that the President, today, gave 22 cows to military personnel in Katsina and Daura.

“The soldiers on guard duty at the residence were given two.”

Garba Shehu said that the President had earlier, on Sallah day, donated two cows, 20 bags of rice and the sum of one million naira to members of the National Youth Service Corps (NYSC) who paid him visit.

The Presidential spokesman announced that the President returned to Abuja, the nation’s capital at about 5.40pm today after eight days in his country home, during which he time observed Sallah, commissioned Zobe Regional Water project to provide 50 million litres of water to the state, and the first NALDA Integrated Farm Estate that will create job opportunities for families, and equip many with modern farming techniques for crops and livestock.

He also commissioned a 50km Dutsin-ma-Tsaskiya Road in Dutsin-ma Council.