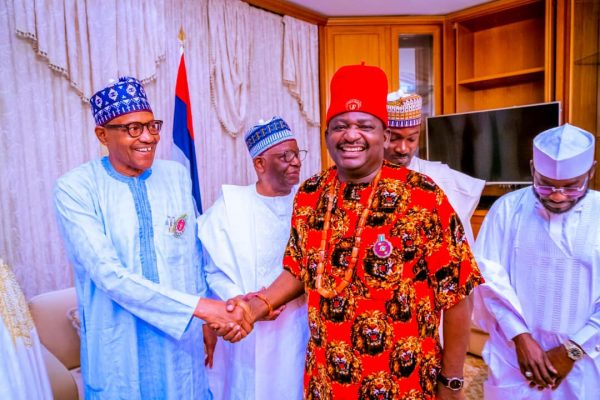 The presidential spokesman lamented that majority of Nigerians prefer negative reports about setbacks suffered by military and security agencies against terrorists, bandits and other criminals.
“You that spread the good news about the success story of our troops become the butt of their jokes and their enemy.”
The Director of Defence Information, Major General Jimmy Akpor commended the PRNigeria for hosting the annual awards on security and communication.
“In the military, we trust the credibility and the independent editorial of PRNigeria as it reports activities in the sectors with fairness, accuracy and facts that also protect our national security and interest.”

This was even as Shuaib, the Publisher of PRNigeria and Economic Confidential, said that the SAEMA has so much become a household name among security agencies, stakeholders and experts “that we received 145 entries this year, out of which we had to work round the clock to come up with two finalists for each of the categories.
“Let me however at this point make it known that all the finalists are thoroughly deserving of not only the nomination but also the awards. It was therefore a lot of work, via a transparent process, before our team of unbiased experts and professionals could select the eventual winners who will go home with the award plaques.
“Like every year, he noted that, some winners of their last year SAEMA and SCA events also conquered Africa and the world.
“Three of our last year winners did not only win awards at the Africa Public Relations Association (APRA) ceremony in Tanzania but they also emerged finalists at the Golden World Award of the International Public Relations Association (IPRA) scheduled to take place in Japan where the book “101 Fake News on EndSARS” emerged a winner.
“At the Digital Communication Awards (DCA) in Germany, NITDA was also shortlisted among the finalists with another award-winning book “Digital Innovation for Economic Prosperity.” All these came a year after IMPR was declared the most creative PR Agency in the world (2020).”
The 2nd SAEMA and SCA events were hosted in collaboration with the Centre for Crisis Communication, CCC, Civil Society Legislative Advocacy Centre, CISLAC, the International Emergency Management Society, TIEMS, and The Media Today, TMT.