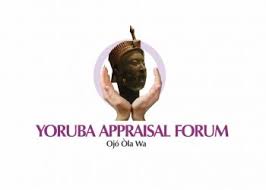 The Yoruba Appraisal Forum (YAF), being led by a prominent Southwest leader, Chief Adesina Animashaun has embarked on counter-campaigns against Sunday Igboho, a runaway herbalist who emerged recently to lead a secessionist movement for a Yoruba nation.

The group, which is believed to have held various rallies across South West states to preach against agitation for a Yoruba nation, had scheduled a mega rally today, July 16, to kick-off from the Gani Fawehinmi Park in Ojota, Lagos, culminating in a walk through Ojota to Maryland and Ikeja, but was postponed based on security advice.

The Commissioner of Police (CP) in Lagos State, Hakeem Odumosun, in a statement after meeting with Animashaun at the command’s headquarters today, confirmed that he advised against any rally or mass gathering in any part of the state which can expose the participants and innocent residents to traffic problems, health hazards and avoidable security infractions.

And, speaking to newsmen in Lagos today, Animashaun, who is  the YAF national coordinator said that the postponement of the mega rally was because of the reasons the police boss gave.

“The CP asked me to sign an undertaking to call off the rally, work to forestall gridlock, new wave of COVID-19, among others, which I did.

”As a law-abiding citizen, I realised that the reasons given by the CP are ideal.

“However, our sensitisation about the need for one Nigeria is not something we push under the carpet. The rally will eventually hold at a later date that we will decide.”

Chief Animashaun stressed that YAF members had never been in support of agitation for a Yoruba nation but had been clamouring  for an indivisible Nigeria.

See also:  We Don't Like To Be Dragged Into Any Form Of Politics, Army Warns Politicians

He said that YAF would continue to preach against divisions and  agitations for an independent Yoruba nation.

Animashaun asked Yoruba youths to exercise caution and be vigilant to avoid  being used  to destabilise the country by unpatriotic groups and individuals claiming to be fighting for an independent Yoruba nation.

He said that unpatriotic acts would have consequences for the perpetrators and the country.

According to him, YAF  had planned to use a  motorcade to sensitise Lagos residents to the need to maintain peace at all times and avoid being used by unpatriotic groups and individuals to breach  the peace.

“We arranged a crowd of `okada’ riders and people that will carry placards with various inscriptions advising Yoruba to maintain peace and eschew violence.

“We have handbills and leaflets that we intended to distribute from Ojota Park to urge people of the South West not to be deceived by those claiming to be fighting a Yoruba cause,” he said.

Animashaun reiterated the need for youths in the South West and the entire Nigeria to eschew violence, live in peace and report suspected troublemakers to the nearest security agency.

He appealed to governments, security agencies and other major stakeholders in Yoruba land to  ensure that no individual or group would  instigate violence in South West.

The YAF coordinator  commended the Federal Government for the way it is handling the agitations.

He urged governors of the six South-West states to tighten security and forestall violence.