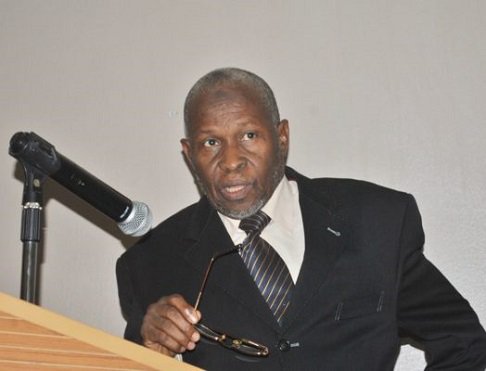 The acting Chief Justice of Nigeria, (CJN) Justice Ibrahim Mohammed has threatened to bar lawyers who he said are in the habit of “despicable dressing” from  entering courts in the country.

According to a statement by the Director of Press and Information in the Supreme Court, Akande  Festus, the CJN made threat when he received in audience members of the Abuja Branch of the Nigeria Bar Association, (NBA).

Justice Ibrahim Mohammed was quoted as stressing that lawyers who do not adhere strictly to the time-honoured dress code of legal practitioners would not be allowed to appear in court, adding that such dressing do not in any way reflect the honour and dignity of the legal profession.

The acting CJN advised the Abuja NBA executives to always endeavour to give the young lawyers the right training and tutelage so that they could be constantly kept abreast of the rudiments of the profession.

He also enjoined all lawyers to imbibe the cardinal principles of the legal practice which he said include hard work, dedication and trustworthiness.

He urged lawyers to always advice their clients correctly and never try to mislead them into believing what was not true.

The acting CJN expressed appreciation for the courtesy visit, congratulated the Abuja NBA on the giant strides they had so far accomplished.

He complained that most practicing lawyers are unwilling to be appointed to the bench, as they always believed that judges are poor people.

“If everybody runs away from being appointed as judge, who will now be the judge?

“Taking up judicial appointment is a great sacrifice that we all should be able to make for our fatherland, so I appeal to you to always be willing to serve as judges whenever such opportunity comes.

“This is because judges are not poor people but a special breed of people with self-contentment and passion to serve.”

Earlier, chairman of Abuja branch of NBA, Folarin Aluko said the branch had, over the years, initiated different programmes and projects aimed at improving the lot of its members in Abuja and other states in Nigeria.

He name some of the innovative programmes to include lawyers’ health insurance scheme, establishment of digital library and provision of scholarship scheme for lawyers aspiring to further their studies in specialised areas.