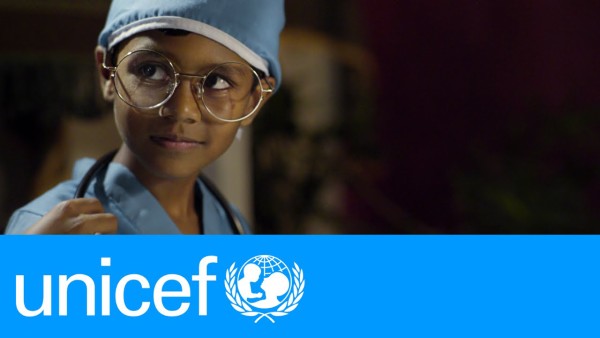 The United Nations Children Education Fund (UNICEF), has accused Nigeria of continued violence against girls and women despite significant gains in education globally.

In a statement today, March 3 to mark the 25th anniversary of the historic Beijing Declaration and Platform for Action to advance women’s and girl’s rights, the international body warned that much more needs to be done to protect the rights of Nigerian girls, particularly from violence.

In a new report tagged:, A New Era for Girls: Taking stock on 25 years of progress, UNICEF Plan International and UN Women revealed that violence against women and girls is still common, despite significant gains in education globally.

It reported that globally, one in every 20 adolescent girls aged 15–19 years – about 13 million – has experienced forced sex, one of the most violent forms of sexual abuse women and girls can suffer. In Nigeria, one in 4 girls has suffered sexual violence.

“Yet, very few of them seek professional help, preferring to keep their abuse secret. In Nigeria, only two percent of girls aged 15–19 years who ever experienced forced sex sought help from professionals.”

The report – and associated Generation Equality campaign – noted that the number of out-of-school girls has dropped by 79 million in the last two decades worldwide. In fact, girls became more likely to be in secondary school than boys in the last decade. Yet, violence against women and girls is still common.

“Sadly, after 25 years, the world is still a very violent place for girls and women – including in Nigeria,” said Peter Hawkins, UNICEF Nigeria Representative.

“But there are things we can do to change this – and we need to do them urgently. We need to invest in protection services and support programmes that give survivors of violence an opportunity to speak up and to heal. We need to work with local communities to change practices that make women and girls vulnerable to violence and abuse. And we need to speak to our children – girls and boys – to ensure they grow up knowing that such violence is unacceptable. Together, we can end violence against women and girls – and this is long overdue,” said Peter Hawkins.

Despite the ongoing violence, some remarkable gains have been made in the 25 years since the Beijing Declaration. Globally, more girls are going to school and staying in school than ever before – though in Nigeria, there is still a long way to go to ensure equality of education for girls, especially in the north-east, where 60 percent of out-of-school girls in Nigeria are located.

“Twenty-five years ago, the world’s governments made a commitment to women and girls, but they have only made partial good on that promise. While the world has mustered the political will to send many girls to school, it has come up embarrassingly short on equipping them with the skills and support they need not only to shape their own destinies, but to live in safety and dignity,” said UNICEF Executive Director Henrietta Fore.

Girls today are at a startling risk of violence in every space globally – both online and in the classroom, home and community – leading to physical, psychological and social consequences. The report notes that harmful practices such as child marriage and female genital mutilation (FGM) continue to disrupt and damage the lives and potential of millions of girls globally. Each year, 12 million girls are married in childhood, and four million are at risk of FGM.

In Nigeria, about 19.9 million girls have experienced FGM. Forty-three percent of girls are married before their 18th birthday, and 17 percent before they turn 15.

The report calls for action in the following areas: