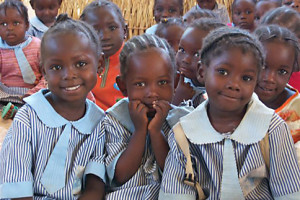 The occasion was held during the globally-marked 16 days of Activism against Gender-based violence.

The Federal Ministry of Women Affairs and Social Development, together with partners UNFPA, the United Nations Population Fund (UNICEF) and Save the Children, developed the Campaign in line with the Sustainable Development Goals that Nigeria has committed to achieve by 2030. One of the targets in these Goals calls for the elimination of all forms of harmful practices, including child marriage.

The ministry also launched the National Strategy to end child marriage, developed as a guideline to raise awareness about and address the harmful impact of child marriage. The report advocates for policies and actions that protect girls’ human rights and remove barriers to law enforcement.

“The campaign launched today is a call to action. It is an attempt to save the lives of adolescent girls pressed into marriage too early, many of whom become pregnant and are at a higher risk of complications in pregnancy or childbirth”

The UNICEF Nigeria Representative, on behalf of the United Nations in Nigeria, Mohamed Fall, said: “these complications are a leading cause of death among adolescents girls in countries like Nigeria; a cause of death that is unnecessary and unacceptable.”

Child marriage varies with a girl’s education and the economic status of her family. Adolescent girls with no education tend to marry at an average of about 15 years, while age of marriage increase to 18 for girls with primary education. Average age of marriage for women with secondary education rises to about 21, when women are physically and emotionally better equipped for marriage and childbirth. Likewise, girls from the poorest households on average marry at age of 15, while girls from the wealthiest households marry at an average age of 23.

With 49 per cent of Nigerian women married under the age of 18, according to latest figures from 2013, Nigeria has the world’s highest number of child brides. [myad]