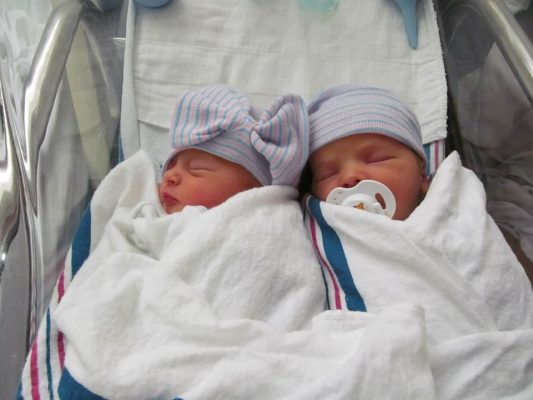 The United Nations Children Education Fund (UNICEF) and the World Health Organization (WHO) have lamented that in Nigeria, the Exclusive Breastfeeding rate is a mere 29 percent, meaning that over 70 percent of infants in the country are denied the benefits of breast milk in their formative years.

According to the two world bodies,

in a joint statement today, August 1, by the UNICEF Executive Director, Catherine Russell and WHO Director-General, Dr. Tedros Adhanom Ghebreyesus marking the World Breastfeeding Week, only nine percent of organizations have a workplace breastfeeding policy, indicating that mothers lack the enabling environment to optimally breastfeed their babies.

“The results are high stunting rates of 37 percent of children Under-5, of which 21 percent are severe, and wasting among children under five years of age (7 percent). They continue to present severe consequences for the child.”

In a joint statement today, , UNICEF and WHO noted that as global crises continue to threaten the health and nutrition of millions of babies and children, the vital importance of breastfeeding as the best possible start in life is more critical than ever.

“This World Breastfeeding Week, under its theme Step up for breastfeeding: Educate and Support, UNICEF and WHO are calling on governments to allocate increased resources to protect, promote and support breastfeeding policies and programmes, especially for the most vulnerable families living in emergency settings.

“During emergencies, including those in Afghanistan, Yemen, Ukraine, the Horn of Africa, and the Sahel, breastfeeding guarantees a safe, nutritious and accessible food source for babies and young children. It offers a powerful line of defense against disease and all forms of child malnutrition, including wasting.

“Yet the emotional distress, physical exhaustion, lack of space and privacy, and poor sanitation experienced by mothers in emergency settings mean that many babies are missing out on the benefits of breastfeeding to help them survive.

“Protecting, promoting, and supporting breastfeeding is more important than ever, not just for protecting our planet as the ultimate natural, sustainable, first food system, but also for the survival, growth, and development of millions of infants.

“That is why UNICEF and WHO are calling on governments, donors, civil society, and the private sector to step up efforts to:

Equip health and nutrition workers in facilities and communities with the skills they need to provide quality counselling and practical support to mothers to successfully breastfeed.

“Protect caregivers and health care workers from the unethical marketing influence of the formula industry by fully adopting and implementing the International Code of Marketing of Breast Milk Substitutes, including in humanitarian settings.

“Implement family-friendly policies that provide mothers with the time, space, and support they need to breastfeed.”