Home NEWS Christmas, New Year: Nigerians To Remain At Home For Total Of 7... 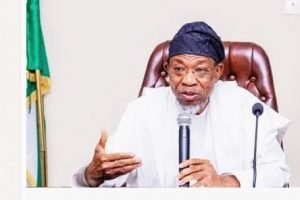 Nigerians, especially those who are in public service, will remain at home cumulatively for seven days for the Christmas, Boxing Day and New Year festivities.
In a statement today, December 22, the Minister of Interior, Ogbeni Rauf Aregbesola declared Monday 27, Tuesday 28 December and Monday, January 3, 2022 as public holidays to mark Christmas, Boxing Day and New Year Day celebrations respectively.
The three day officially declared public holidays will be preceded by two Saturdays and two Sundays respectively.
The Minister felicitated with Christians and all Nigerians at home and in the Diaspora on this year’s Christmas and New Year celebrations.
Ogbeni Aregbesola advised Christians to practice the doctrines of Christ, which include but not limited to faith, hope and love.