Home NEWS Civil Defence Boss Angry With His Officer Over Killing Of Driver In... 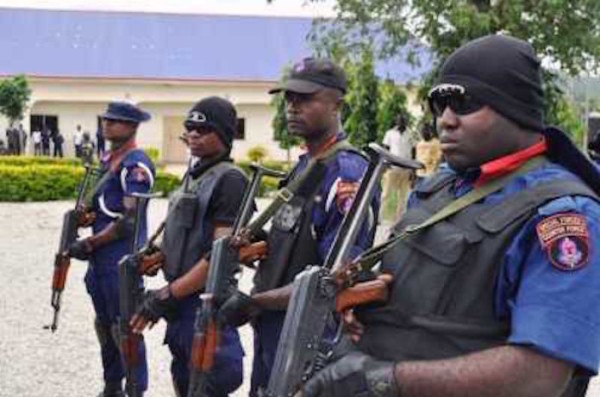 The Commandant General of Nigeria Security and Civil Defence Corps (NSCDC), Abdullahi Gana Muhammadu, has condemned the killing of a commercial bus driver in Aba, Abia State allegedly by one of his operatives.

Abdullahi Gana has, therefore ordered a thorough investigation into the killing, saying that already the suspect had been arrested and handed over to the police for investigation and prosecution.

In a statement today, April 15, the Commandant General gave assurance that if after investigation the officer involved was found culpable, he would be made to face the full wrath of the law.

Abdullahi Gana expressed regret over what he called unfortunate incident, condemning it in its entirety.

He sympathized with the family of the slain driver.  He assured Nigerians that the Corps would continue to live above board.

“We want to say that the action of this erring officer does not represent what the Nigeria Security and Civil Defence Corps stands for.”

The Commander General had directed the officer in charge of zone E, and the Commandant of Abia State Command to carry out a full-scale investigation into the incident and ensure that the suspect is prosecuted to serve as a deterrent to others.

“The Corps respects the sanctity of life and dignity of the human person as enshrined in the Nigerian Constitution.  Once again, we apologise profusely for any inconvenience or embarrassment this isolated action must have caused anyone most especially at this critical period when the world are facing the pandemic of covid 19.

Gana charged all state commandants to read the rules of engagement to all armed personnel in their commands and ensure periodic screening to keep them in check.

The victim whose identity is yet to be known, was said to have been shot by Officer of the Corps while enforcing lockdown order in the state on Wednesday.

The slain driver was said to have approached the checkpoint without stopping and that in his bid to pass the checkpoint in a haste, he brushed an NSCDC personnel, where they were enforcing the lockdown order by the government before the incident occurred.

Abia Teachers Begin Indefinite Strike For None Payment Of 10 Months Salaries, Others