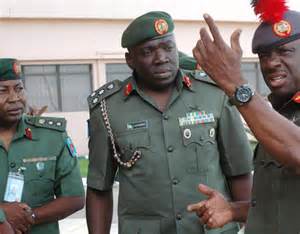 Laleye had, in the wake of the Major General Muhammadu Buhari’s certificate saga, said the Army had the credentials of retired and serving Army officers, adding that any affected officer only needed to apply for it.

General Buhari is the Presidential flag bearer of the main opposition political party, All Progressives Congress (APC) in the February election.

The authorities, however, made another pronouncement on Tuesday, contradicting itself, that the photocopies and originals of Buhari’s certificates were not with the Army.

The Government College (Provincial College), Katsina, where the former Head of State completed his secondary school education in 1961, had since issued and made public Buhari’s Cambridge/WASCE result to close the controversy surrounding the retired military officer’s secondary school certificate. [myad]