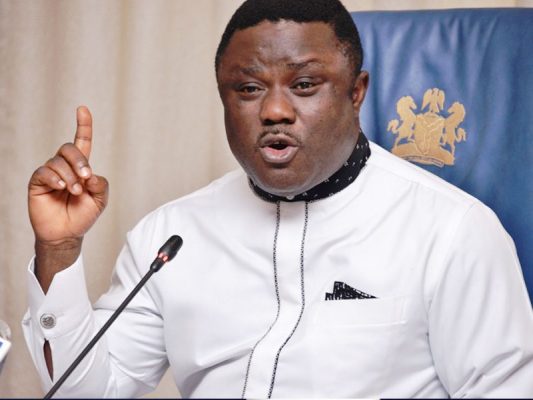 A statement today, June 28 by the Deputy Chief Press Secretary to the governor, Linus Obogo, said that Governor Ayade ordered Nko community to produce six soldiers believed to have been killed or missing. The youths had allegedly shot and critically wounded an army commander sent to quell the communal clash.

The state Security Council, made up of all service commanders, presided over by the governor had been meeting since yesterday, Monday morning over the killings and violence which had claimed lives of civilians and soldiers.

Sources said that Nko youths had allegedly shot an army commander on Saturday evening alongside six other soldiers, accusing them of taking side with their opponents. The soldiers were reported to have called for reinforcement from Edor Barracks in Ikom, leading to killings and burning of houses.

The youths accused soldiers of going from house to house, killing residents.

The government ordered the army to sustain its operation in Nko community until those behind the shooting of the six military personnel were produced or fished out.

The government also ordered the forfeiture of the land in dispute for greater public interest.

“The ownership of the disputed land has been revoked and taken over by the state government for overriding public interest,” the statement said.

But former special assistant to President Muhammadu Buhari, Chief Okoi Obono-Obla, who hails from Ugep, a neighbouring community, has called on the army authorities to withdraw and stop wreaking havoc on Nko.

Meanwhile, former minister of Niger Delta Affairs, Usani Usani who is an indigene of Nko, said that he would continue to make efforts to restore peace.