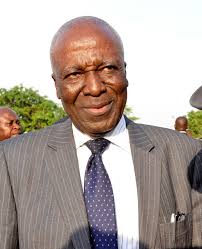 Chairman of the national conference, Justice Idris Kutigi, has said he and members of the conference are looking ahead to what he described as a new Nigeria even as he called on the delegates not to rest until that time when a new Nigeria would be made.
Kutig spoke at a dinner put together by the leadership of the conference to end the confab which was inaugurated by President Goodluck Jonathan in March 17, 2014.
Justice Kutigi said: “To our distinguished delegates as we collectively look forward to a new Nigeria of our dreams, it is my wish and hope that you would not relent in your efforts at dispensing your good works of patriotism to our dear nation whenever you are called upon to do so.”
He said that history would forever remain kind to the delegates as they remained outstanding both in their deliberations and contributions of ideas which enabled the conference to accomplish its mission.
Kutigi however regretted the death of four out of the 492 delegates.The delegates who died during the conference were Mr. Hamma Misau, Dr. Mohammed Jumare, Prof. Dora Akunyili and Prof. Mohammed Alkali for whom a minute silence was observed.
He poured encomium on the rest of the delegates for their contributions to the conference.
Justice Kutigi said: “Distinguished delegates, it’s my belief that your personal conduct and eloquent contributions in this national assignment, added to the shrewd manner you participated and generated thoughts through debates and deliberations, will usher in a new Nigeria of our dream.
“I wish to appreciate the contributions of my colleagues in the management team for their invaluable support and contributions to the success of the conference.”
Kutigi also expressed his gratitude to President Jonathan and his deputy, Namadi Sambo for their support.
Speaking on behalf of the delegates, Chief Edwin Clark, described the conference as historic, adding that the delegates ended it as renewed Nigerians. [myad]