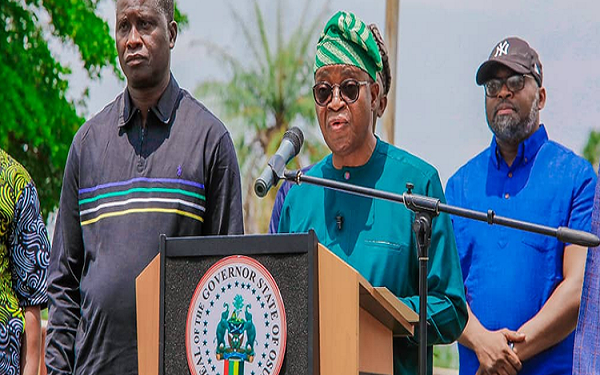 Ten coronavirus patients have been discharged from the Osun State isolation and treatment centre after they were confirmed to be negative.

This is even as four more patients, including a 70 year old man were discharged from the Federal Capital Territory (FCT), Abuja centre and another four in Lagos State.

The Osun State governor, Gboyega Oyetola, who announced the discharge of ten patients today, April 11, said that they were discharged after recovering from the disease.

“I am happy to inform you today that 10 of the 17 patients at our Ejigbo facility have tested negative twice for the virus in line with the National Centre for Disease Control protocol, and will soon be released to join their families and live their normal lives,” Oyetola tweeted.

In a tweet, the Federal Capital Territory Administration (FCTA) said: “The FCTA has confirmed the discharge of four #COVID-19 patients, bringing the total number of discharged to 11 in the FCT as at 12.30 am, April 11th, 2020.”

See also:  Osun: People’s Will Must Be Respected – Buhari; Ship Of Hope At Harbour - Atiku

And in Lagos State, four more patients have been discharged, bringing to 50 the number of cases successfully managed in the state so far.

The Incident Commander on COVID-19 in Lagos State, Governor Babajide Sanwo-Olu, who announced the discharged of the patients, said that they are all males, including an 11 year old boy.

“The patients; three from our Infectious Disease Hospital in Yaba and one from the Lagos University Teaching Hospital (LUTH) were discharged having recovered fully and tested negative twice to COVID-19.

“This brings to 50, the number of patients successfully managed and discharged from our isolation facilities.”