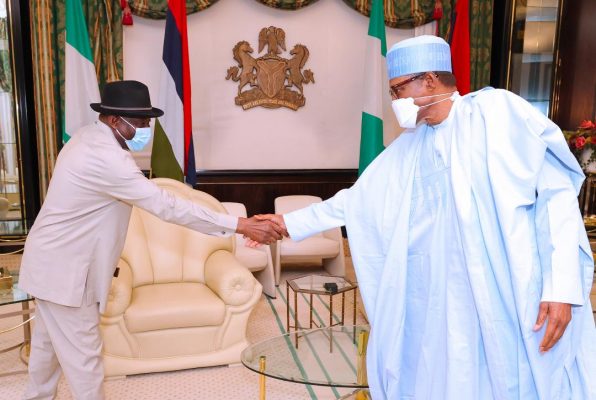 Cote D’Ivoire has called for immediate intervention of the regional group, the Economic Community of West African States (ECOWAS) in what it called hostage-taking of its 46 soldiers by the Mali authorities.

Briefing President Muhammadu Buhari today, September 7, at the Presidential villa, Abuja, on the face-off between Mali and Cote D’Ivoire over detained Ivorian soldiers, Special Envoy to ECOWAS and former President of Nigeria, Dr. Goodluck Jonathan stressed the need for intervention of ECOWAS leaders.

Dr. Jonathan said that about 49 Ivorian soldiers were initially detained in Mali for ‘unlawful entry,’ and that three females in the team were later released, leaving 46.

According to the former President, this development is threatening a rupture in the relationship between the two countries.

Responding, President Buhari said that Nigeria is committed to promoting peace and harmony among the ECOWAS countries and promised to come out with initiative towards immediate resolution of the impasse.