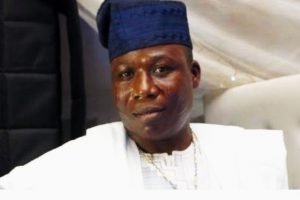 Oyo State High Court sitting in Ibadan has ordered the Department of State Services (DSS) to pay N20 billion to Sunday Adeyemo a.k.a Igboho for raiding his house in Ibadan and destroying his properties on July 1,  this year.

The court, today, September 17, declared the invasion of the Yoruba Nation agitator’s home by the DSS-led security forces as illegal.

In his judgment, Justice Ladiran Akintola condemned the DSS for acting based on what he described as arbitrary aggression and prejudices from Igboho’s agitation for Yoruba nation.

Counsel to Ogboho, Yomi Alliyu, had filed the suit asking the court to order the DSS pay N500 billion damages for the invasion of his client’s Soka residence in Ibadan on 1 July.

The secret police announced that they killed two of lgboho’s associates, including his spiritualist (Alfa) and arrested 12 people during the midnight raid.

Ten of the 12 detained people were released about two weeks ago following DSS’ partial compliance to court order.

The two have been charged with terrorism by the DSS.

The DSS had earlier declined to release any of the 12 detained persons it arrested on July 1, despite a ruling of the Federal High Court in Abuja that had on August 4, granted them bail in the aggregate sum of N80million.

Three Senior Advocates of Nigeria had slammed the Attorney General of the Federation and Minister of Justice, Abubakar Malami (SAN), and the Director-General of the Department of State Services, Yusuf Bichi, over the continued detention of the 12 despite meeting all bail conditions.

The trio of Femi Falana, Ebun-Olu Adegboruwa and Ifedayo Adedipe said the DSS is inviting anarchy and lawlessness into the country by not obeying the order of a Federal High Court.

Justice Obiora Egwuatu had signed the Release Order of all the 12 detainees when they fully met their bail conditions including the provision of 24 sureties.