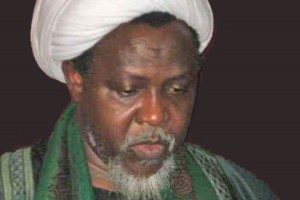 A Federal High Court in Abuja, Nigeria, has ordered the release of the embattled spiritual leader of Shiites sect, Ibrahim El-Zakzaky, who has been in detention with his wife, Zeatudden.
The court, presided over by Justice Gabriel Kolawole, ordered the government to free the duo unconditionally within 45 days.
The court also ordered the Federal Government to provide a new accommodation for El-Zakzaky in Zaria or any northern town of his choice even as it awarded El-Zakzaky and his wife N50 million as general damages.
The court made the order while delivering judgment on a fundamental right enforcement suit El-Zakzaky filed against the government.
The court held that the continued detention of the applicant without trial amounted to a gross violation of his constitutionally guaranteed rights.
The court dismissed government’s position that the applicant and his wife were under “protective custody.”
The Shi’ite leader, on the platform of Islamic Movement of Nigeria (IMN), who has been in detention since December 14, 2015, applied for the enforcement of his fundamental rights to life, personal liberty, dignity of human person, right to private and family life and private property.
His arrest and detention followed a bloody clash between members of the sect and soldiers attached to the Chief of Army Staff, Major General Tukur Buratai, at Zaria, Kaduna State. (NAN). [myad]