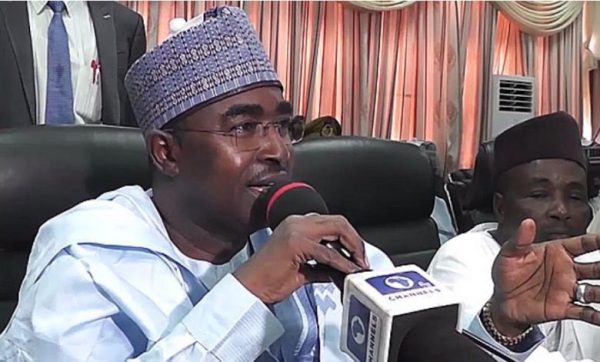 The Chairman and Chief Executive of the National Drug Enforcement Agency (NDLEA), retired Brigadier General Buba Marwa, has confirmed that 15 million Nigerians are into hard drugs.
In an interactive session in Jos with the Plateau State Local Government Chairmen, Marwa said that one in seven Nigerians indulge in drug abuse.
He described the trend as “shameful,” even as he vowed that the agency is determined to curb the menace.
The chairman said that the surge in drug abuse had destroyed many youths and communities, hence the rationale for the interactive session.
“As I speak to you, 15 million Nigerians use illicit drugs; one out of seven Nigerians take hard substances. There is no community in Nigeria that is exempted from drug abuse and this is why we keep having security challenges here and there.
“Drug propels a lot of negative actions particularly among young people; it is destroying our youths and even the communities. So, we have come to interact with local government chairmen, so that together we can find a lasting solution to this menace.
”We want the chairmen to work with and support us to kick this hydra-headed monster called drug abuse out of our society.”
Marwa appealed to the council chairmen to replicate the War Against Drug Abuse (WADA) committee recently launched by President Muhammadu Buhari, in their various domains and communities.
The Chairman of Jos North local government, Shehu Usman, who spoke on behalf of his colleagues, thanked General Marwa for organising the interactive session.
He said that such a move would go further to create awareness of the dangers of drug abuse and other vices.
He promised that the chairmen would collaborate and support the NDLEA to curb all forms of drug abuse in society.
Source: NAN.