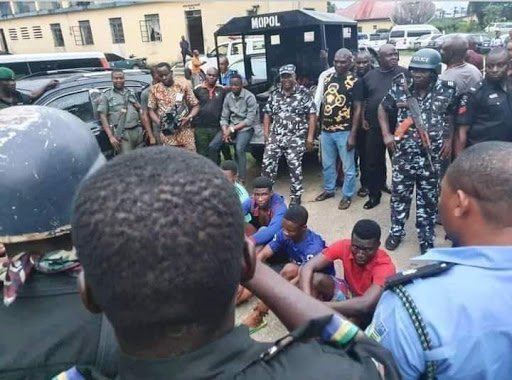 Speaking to newsmen today, October 27, the State Commissioner of Police, Hakeem Odumosu said the arrests were made following the #EndSARS protest hijacked by hoodlums.

“The command was able to arrest a total of five hundred and twenty (520) suspects for various offences ranging from arson, robbery, murder, rioting, malicious damage, and unlawful possession of fire arms.” The police boss said that six policemen were “gruesomely murdered during the unrest,” even as four civilians killed while 38 policemen were injured.

He said that 58 police vehicles were burnt and 13 were vandalised among other damages.

Odumosu said one of the suspects Olamilekan Ibrahim, 19, broke into a new generation bank in Lekki and carted away cash and other valuables.

He said that the suspect was arrested with a locally-made pistol and N250,000 believed to be his own share of the loot.

“In the light of the above, it is a known fact that the protest was hijacked by armed hoodlums who have been responsible for series of killings, arson and looting of many shopping outlets in the state. Thorough investigation into the cases has commenced.”