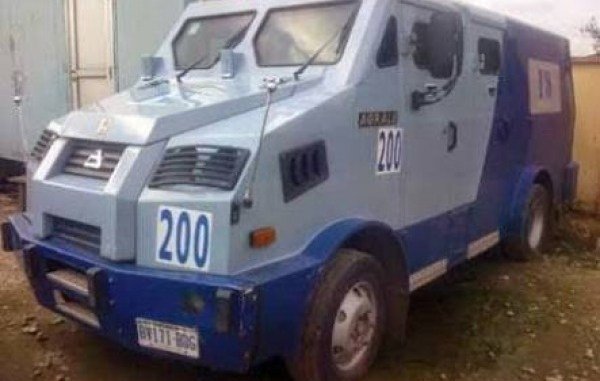 Eye witness accounts said that the robbers had trailed the bullion van to the entrance of Blenco Supermarket and engaged in moving the cash and shooting sporadically into the air, lasting for several minutes

It was gathered that the robbers who vandalized the bullion van also attacked a water tanker, forcing the driver and motor-boy to scamper for safety.

An eyewitness narrated that the robbers attacked the bullion van a few minutes after 5 pm when it arrived entrance of the shopping arena and immediately shot at the tyres to prevent the van from leaving the scene.

The eyewitness added that the robbers, who drove in a Toyota Sienna Sport Utility Vehicle (SUV), shot at the van and other vehicles that were caught in the web of the robbery attack.

They were said to have disappeared from the scene after the operation through the lagoon before the arrival of officers of Nigerian Army, who were attracted to the axis by gunshot sounds.

Bala-Usman: Fixing The Apapa Gridlock With “Eto” By Reuben Abati