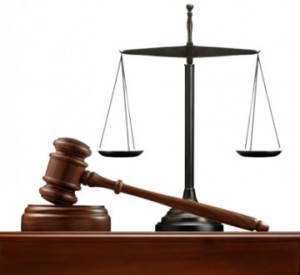 Four armed robbers, sentenced to death by hanging for robbery and criminal conspiracy broke down in tears today immediately a High Court in Ilorin, Kwara state delivered the judgement.

The condemned convicts; Ibrahim Olayiwola, AbdulWaheed Aliyu, Tunde Kareem and Omotayo Isah, were convicted by Justice S.T Umar.
They were charged with robbing petroleum attendants of Rockfield Petroleum Filling Station, Odota, Ilorin in February 2011 contrary to the provisions of Section 97 of the Penal Code and Section 1 (2) of the Robbery and Firearms (Special provisions) Act, CAP R11 Laws of Federation of Nigeria 2004.
Delivering the judgment, Justice Umar in Charge No KWS/36C/2011, said he agreed with the lead prosecution counsel, MAI Akande (Assistant Chief State Counsel) that the prosecution has proved its case against the accused persons beyond reasonable