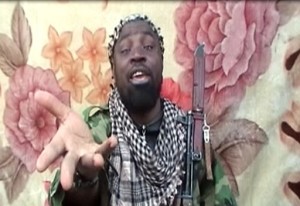 First class Emir of Uba, Ismaila Mamza and the Emir of Gwoza, Idrisa Timta all in Borno state on Nigeria have been abducted this morning by suspected members of Boko Haram.

The two emirs were said to have been seized by gun-wielding insurgents at 10a.m near Shaffa while they were travelling to Gombe to attend the funeral of the Emir of Gombe, Shehu Abubakar, who died on Tuesday evening at the Royal Marsden Hospital, London, where he was undergoing treatment for cancer.

According to report, the two emirs were elevated to First Class traditional ruler status only in January this year.

Up to the time of publishing this report, the Borno state government had yet to issued an official statement on the abduction. [myad]