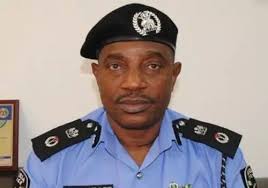 A 20 year-old female student (name withheld) of the Adeyemi University of Education, Ondo has been allegedly gang-raped by her boyfriend and his three male friends.

The culprits are said to have been arrested by the Police and are currently cooling off at the Police detention.

It was gathered that the suspects, who are students in the Department of Business Education in the institution allegedly had canal knowledge of the girl until the lady became unconscious.

The incident was said to have taken place at the residence of one of the suspects in Oka area of the ancient town.

It was learnt that the Police swung into action immediately the case was reported at the Ondo Police division, after which, the matter was reported to the management of the college through the Dean of Students Affairs of the college.

According to a source, the victim who resides outside the campus of the institution was said to have followed her boyfriend to visit another friend, where four of them eventually had canal knowledge of her.

The source explained that, on returning to her residence, the victim collapsed on the road, with blood stain on her body, a situation that attracted passersby who rushed her to the hospital and reported the matter at Enuowa police station in Ondo.

However, the Police Public Relations Officer of the state command, Mr. Wole Ogodo was unavailable for comment but a source in the Ondo Police division confirmed the incident and said the matter would soon be transferred to the Headquarters of the command in Akure for further investigation.

He also disclosed that the sexually assaulted lady had been receiving treatment at a private hospital in the town. [myad]