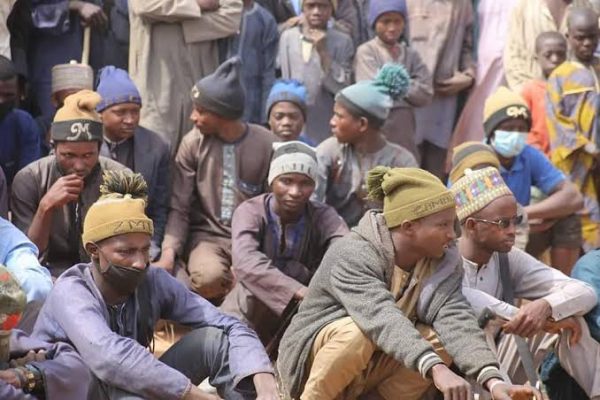 President Muhammadu Buhari has advised Bandits and other criminals making life intolerable for innocent citizens in the country not to push their luck too far, thinking that government lacks capacity to crush them.

The President, who was reacting to the latest killing of innocent people by bandits in Zamfara State, in a statement today, April 22 by his spokesman, Garba Shehu, said: “these criminals should stop pushing their luck too far by believing that the government lacks the capacity to crush them.”

He made it clear to the criminals that such wanton disregard for human life will be brought to an end sooner than later, even as he said that such insane and persistent violence against innocent people must stop.

He directed the military, security and intelligence agencies to take immediate steps to close all existing gaps in their operations being exploited by criminals to wreak havoc, and expressed hope the Special Operation launched by the military at 3:00am this morning (Thursday) from Maru Local Government area will prove decisive in ridding the state of the “frequent and horrifying “bandit activities.

“The violence against poor villagers who are struggling with poverty and other severe economic challenges is not going to be tolerated by this administration.”

President Buhari called on the security forces to redouble their efforts in bringing an end to this mindless violence against innocent people.

“Let’s not give these criminals any opportunity to succeed by taking the war to their own camps and stop them in their tracks before they even have the time to respond under our massive fire power.”

He reassured the people of Zamfara State that, despite the latest set back in our efforts to protect our citizens, there will be no compromise in our determination to defeat these enemies of humanity.