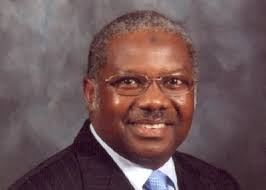 The Dangote Group has declared war on some of its workers with itching fingers, and has so far sacked and prosecuted some of them that were caught engaging in various illegalities.

National Coordinator of the Patrol Team for the Group, a Commissioner of Police, Mr. MagajiAbdullahi told news men at Obajana Cement Plant in Kogi state, that his unit has so far arrested 244 suspects, including drivers and owners of illegal haulage and other offences.

He said the suspects include drivers, owners of illegal haulage and those found stealing company’s properties.

According to the Coordinator, out of the 244 suspects arrested, 109 have been convicted and jailed for the various mentioned offences, while others are being remanded in prison custody pending the determination of their cases.

“I am happy to inform you that we have arrested and recovered 5 trucks that have been stolen, all fully loaded with company’s products. Unfortunately, all the products have been stolen but the trucks were recovered.”

He said one of the kingpins of the syndicate has also been arrested even as he assured that in no distance time, “all these nefarious activities will be a thing of the past and we need your assistance in informing the general public that it is against the rule of the company for any driver to carry illegal haulage.”

He said the President of the Dangote Group AlhajiAlikoDangote had directed that the nefarious activities of the drivers and thieves be tamed immediately.

“We have pasted warnings clearly on the cab of all our trucks prohibiting carrying goods and passengers, apart from company’s products,” Mr. Abdullahi added.

He called on the law enforcement agencies to support the effort of the Dangote Group in arresting those who break the laws of the company.

He urged members of the public to help alert the Dangote Group wherever  tyres with the logo DO and D1 are found.

He said the President of the Dangote Group Aliko Dangote has approved mobile workshop system for prompt repairs of vehicles on the roads. [myad]