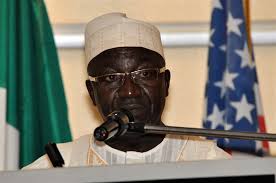 Nigeria National Emergency Management Agency (NEMA) is currently holding series of meetings with humanitarian stakeholders to develop a suitable plan for the social re-integration of the female students of the Government Girls Secondary School, Chibok in Borno state in anticipation of their release from the Boko Haram stranglehold.
This is even as the federal government is intensifying efforts towards rescuing the girls.
Addressing the stakeholders meeting in Abuja, the Director-General of NEMA, Muhammad Sani Sidi said that the Agency is working on validating a draft humanitarian response plan for Chibok and build synergy as well as strengthen coordination mechanisms for humanitarian assistance.
“Our Armed Forces are determined to get the abducted girls and re-unite them with their families. Efforts are on the way to rehabilitate and re-integrate them once they are released. Humanitarian support is also being planned for the Chibok Community.”
The NEMA boss disclosed that the agency has already commenced humanitarian intervention in Chibok and even as he admitted that there are some loopholes in the providing for some affected persons.
He pointed in particular, to some priority sectors such as health, education, emergency food and non-food items, water and sanitation.
Also speaking, the Resident Coordinator of the United Nations in Nigeria, Dauda Toure advised the stakeholders to support the initiative of NEMA by making useful contributions.
The Chairman of Chibok Local Government Area, who was represented at the meeting by Musa Elijah Kolo appreciated the Federal Government for coming to the aid of the people.
He requested for speedy rescue of the abducted girls, rehabilitation and upgrading of public infrastructures in the area. [myad]