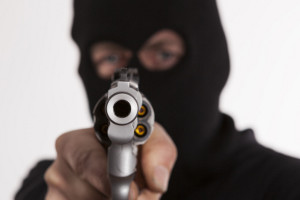 A group of four armed robbers stormed the premises of First Bank, Mpape, Abuja branch today, December 28 and were promptly countered by the police.
Eyewitnesses said that while one of the robbers had been apprehended, three others have escaped.
It was gathered that one of the Bank’s security guards was shot dead during the exchange of gun shots between the police and the robbers.
Security operatives have since blocked the road leading to the scene.