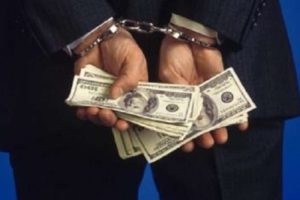 A civil right group, Save Lagos Group (SLG) has dragged three citizens of the Republic of India and their company, SUNOLA Vegetable Oil & Foods Limited Company, a subsidiary of  KEWALRAM Nigeria Limited, Lagos, to the Economic and Financial Crimes Commission (EFCC) over alleged illegal and fraudulent seizure of N160. 5 Million Commission rates of the goods bought by the Company’s Authorized Distributor, Mr. Selim Alamutu, the Chairman CESSA-KAMSEL Integrated Investment Limited from 2004 to 2016.
The group also alleged that Inspector Sule who is the Officer-In- Charge of Special Anti-Robbery Squad (SARS) of Lagos State Police Command connived with the India citizens to evade the investigation of the Company’s fraudulent activities. It further alleged that many Nigeria citizens have been defrauded by these Indian citizens through their Company in Nigeria, and that it has been the habit of Nigeria Security personnel to cover up foreigners from arrest over criminal acts.
In a statement, the Convener of the Save Lagos Group, Comrade Adeyemi Alimi Sulaiman listed the Company officials who have been dragged to the anti-graft agency as Suresh Naya, Rajesh Ramaswamy and Rajnesh Potey, who were respectively ex General Manager, ex Acting General Manager and incumbent General Manager of SUNOLA Foods Limited, Isolo, Lagos State. It also includes the Company’s Head of Account Section, Otteh.
The statement said that the group is taking the action of reporting the officers to the anti graft agency in accordance with Part VII of Section 38(1) and Part II of 6(1a-q) of the EFCC Act 2004.
The group wanted the anti-graft Commission to investigate the Lagos State Airport Road Branch of the Zenith Bank with Account Number-1011361443, which the India Company has been used to defraud unsuspected Nigerian customers of their Company, and described the Company action as illegal, evil, satanic and anti Nigerians.
It called on the concerned authority to save unsuspected Nigerians from the antics of these non-Nigerians.
The statement reads:
“The Commission of the sales of Mr. Alamutu of CESSA –KAMSEL Integrated Investment Limited from SUNOLA Nig. LTD management since 2004 till date, of this business transaction is now sum of One Hundred Million Naira (N100, 000,000) which is in accordance with the Company agreement with their authorized distributor (Mr. Alamutu) and another payment of Five Million, Seven Hundred Thousand Naira were also made to the Zenith Bank Account of SUNOLA Nigeria Limited by Mr. Alamutu in recent time.
“In view of the indubitable fact that jungle rule of delusive demagogues and desperadoes are being satanically entrenched in the aforementioned SUNOLA Refined Vegetable Oils and KEWALRAM Nigeria Limited to the charging of those of unsuspected distributors like Mr. Selim Alamutu and his Companies, who strictly believe in the rule of law/rule of Business tramsaction, ethics and good conscience as principle man of integrity, uprightness, truthfulness and Godliness.
So far, we are sincerely and loyally embarked on a radical investigation with a view to authenticating the veracity of these empirical reports in your office and in any competent Court of Law.” [myad]