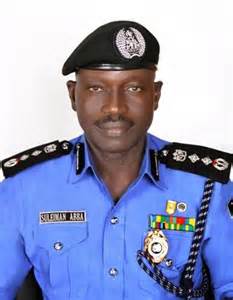 Gunmen have reportedly kidnapped an American woman who is a missionary at the Free Methodist Church in Lokoja, the Kogi state capital. The kidnappers have already put forward, the demand for $300,000 ransom from the authority.

The woman, whose name is being withheld for her safety at the request of the State Department, was working as a financial administrator for a religious academy in Kogi state.

The Kogi state commissioner of police, Adeyemi Ogunjemilusi confirmed that five gunmen entered the Hope Academy compound where she was staying, firied warning shots before putting her in a vehicle.

He also confirmed that the gunmen are “a criminal gang, not affiliated with any terrorist plan or group. They have requested a ransom payment this afternoon, of 60 million Nigerian naira.”

The police have not begun ransom negotiations, even as officials of the Free Methodist Church declined to comment on whether it would pay the amount for her release.

There are strong indications that the FBI and the U.S. Embassy have become involved in the search for the hostage.

“The welfare of U.S. citizens is one of the department’s highest priorities,” a U.S. State Department spokesman said, adding: “in cases where U.S. citizens are confirmed missing, the U.S. Embassy works closely with those involved, supporting local authorities in their search efforts and providing all appropriate consular assistance.”

The Kogi state police boss said that local authorities believe the missionary is still in Kogi and being held in a “largely forested area.”

They are seeking assistance from the Nigerian military in their investigation. [myad]