Home NEWS CRIME How I Was Being Hired By ‘Big Men’ To Kill Their Enemies,... 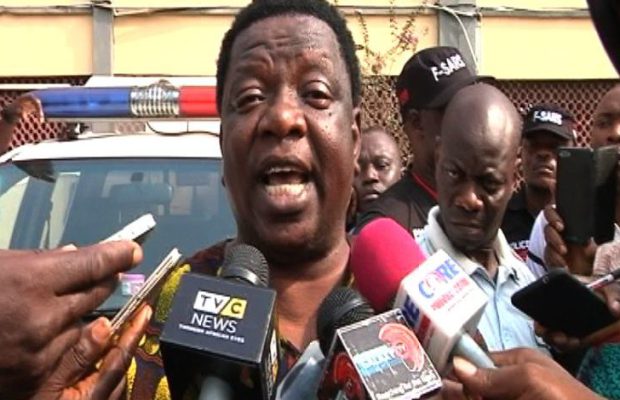 A notorious South-West assassin, Adeola Williams alias Ade Lawyer, has confessed how he was being hired by big men to kill their enemies. He confessed that he killed about four persons for the former Lagos State Chairman of the Nigerian Union of Road Transport Workers (NURTW), Akanni Olohunwa, at different occasions.

The suspect also confessed that he had killed for many people in the state, among who are traditional rulers and that he was sent by Olohunwa to kill one Kunle Poly.

According to Williams, he had known Olohunwa since he was the NURTW chairman in Lagos.

“I have carried out many killings for him, during the clash between him and Musiliu Akinsanya, alias MC, I killed two people for him. On this present one, he contacted me to kill Kunle Poly that he betrayed him.

“Olohunwa told me he brought Kunle Poly into NURTW and there is money he is entitled to as ex-chairman but they were not giving him the money anymore, claiming that it was Kunle Poly that was blocking the money from getting to him from their office at Abule-Egba.

“He then said as a result of that, he does not want to see Kunle Poly, he asked me to come and meet him somewhere to discuss, but I told him I don’t have a car, he personally drove to where I was at Igbosere area to discuss with me on how to carry out the operation.

“He called me on his phone and I went to meet him in his car; that was how we discussed on how to carry out the attack on Kunle Poly.

“While I was about going out of his car he gave me N500,000 as part payment and promised to give me the remaining N1 million as agreed.

“After he had given me the money, he said he did not want to know about the operation, that was why he came to me personally. And I assured him that nobody would hear about the killing.

“We were supposed to carry out the operation on Tuesday, January 22, but we shifted it to the following day. We missed our target which is Kunle Poly but killed his aide Ganiyu Ayinla on the fateful day. Immediately, I called Olohunwa on phone to inform him about the development. Because I missed the target, he started behaving strangely to me whenever I called him. I later called him with my private line but told me he did not want to talk anybody and I told him not to be afraid, that whatever happened had happened, that he should come out to face it.

“When he said he did not want to talk to anybody, I told him he’s going to pay me my balance. I was surprised when he sent his brother to give me a Toyota Camry car and I told his brother that I don’t need that, that what I need is Hyundai jeep and he went to bring it to me.

“His brother, who brought the jeep, said Olohunwa promised to settle me after which he would collect the car and the car has been with me for about three weeks now.”

When asked how many people he had killed for Olohunwa, Williams said: “I have killed four persons for him. I also killed for one Kazeem Eletu and Olumegbon.”

Olohunwa, on his part, said: “The N500,000 I gave to Williams was not part-payment to kill Kunle Poly. There was a time when I was travelling to Ede, in Osun State, he called me that he had accident along Lagos-Ibadan expressway and he was disturbing my boy that they should tell me to do something for him.

“I did not do anything for him, I travelled to England. While abroad he was sending threatening messages to me that if I fail to give him he would kill me and my family members.

“When I came back, I called one of my boys to explain what was happening to him, that my boy said we should give him something because he’s a troublesome person. That was how I gave that my boy N500,000 so as to have some respite.

“I did not give him my car; it was my brother who gave him the car. I did not send my brother. I was sleeping when my son and one of my brothers came to wake me up that brother Skoda had given my car to Williams.

“Immediately my brother gave him my car, I was looking for who to contact so as to retrieve it. And it was then I knew William was afraid of one person which is Abija that was how I called the said Abija and he promised to get it back for me that I have to be patient.

“What made me fear Williams most was when about nine people were coming from Ajah to the Island and the nine of them were shot dead by him and he also killed a branch chairman of NURTW at Oyingbo. With these two scenarios, I have been afraid of him since then.”

The Lagos State Commissioner of Police, Imohimi Edgal, who paraded the suspects at the command’s headquarters, said that they were arrested based on a confessional statement of other suspects arrested.

Edgal said on January 23, about 9pm, one Ganiyu Ayinla was killed by unknown gunmen on Lagos Island, while one Azeez Adekunle alias Kunle Poly a branch chairman of National Union escaped death.

He said based on the strength of the complaints, Inspector General of Police Ibrahim Idris directed the Commander Intelligence Respons Team, ACP Abba Kyari, to apprehend the hoodlums. With the credible intelligence generated with the support from Technical Intelligence Unit one Adeola Williams alias Ade Lawyer was arrested in connection with the crime.

“He confessed that one Rafiu Olohunwa Akanni former chairman of NURTW contracted him with the sum of N1.5 million to assassinate Kunle Poly. One AK47 rifle with number 3501357, two empty magazines, one black Hyundai Santafee Jeep with registration number EKY 741DL seized from Olohunwa was recovered from him.”

The CP, however, said the investigation is ongoing, while effort is on to arrest the fleeing suspects.