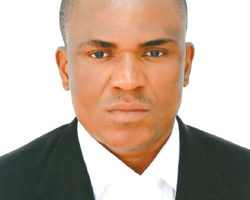 An Entrepreneur and Chief Executive Officer (CEO) of Blue Diamond China, Festus Mbisiogu, has painted a sordid picture on how illicit drugs is exerting a harmful effect on not just on China-Nigeria bilateral relationships, but Nigerians who live and do businesses in China.

Festus, who spoke at the forum “Nigerians say No to Illicit Drugs” organized by Members of the Nigerian Community in China, said that illicit drugs have dangerous effects on the sociology-economic development of nations.

He said that China, which is one of Nigeria’s closest allies and partners, is also one of Nigeria’s important trading and export partners and as such exerts a positive influence on the social and economic development in Nigeria.
He expressed sadness however, that the Chinese authorities are discriminating against Nigerians living in China compared to other nationals, a situation which he said, could be as a result of some Nigerians engaging in illicit drug trade.
“In Guangdong Province alone, Nigerians contribute to over 80% of SME development that has revolutionized means of doing business between Africans in China and Chinese entrepreneurs. In the city of Guangzhou alone in many of predominantly Nigerian business areas, daily business transactions has been recorded to a cash return of over $5,000,000 Million Dollars a day! Yet Nigerians continues to suffer one of the worst forms of stereotype between Chinese and its foreign visitors virtually in every aspect.
“As the Nigeria-China cooperation continues to grow, there are over 50 Chinese official development finance projects identified in Nigeria which cuts across rail, power and telecommunications projects within the last 10 years.
“China looks up to Nigeria as a model of trade and economic development in Africa to boost its cooperation with Africa. At present there over 2,000 registered Chinese businesses and companies in Nigeria alone and China seeks for avenues of mutual person to person cooperation between its Nationals, its business owners and Nigerian citizens. The underlying fact which Nigerians in China has failed to grasp is that Nigerian immigrants in China should have been the direct recipients of these benefits of trade development and mutual cooperation.
“However due to our abusive tendencies to law and order we are on a daily basis denied these benefits and are instead placed on various diplomatic restrictions.
“Today because of the involvement of some of Nigerian citizens in illicit drugs and drugs trafficking in China and outside, we cannot truly say that the consummate benefits of this relationship are robbing off on all of us. Rather we are being profiled on daily basis and denied some privileges which ordinarily should come with our residing in this country.
“It is knowledge in the public domain that because of this involvement in drugs, by some miscreants, all of us are paying a heavy price for it. Like our people say, when one finger is dipped in the red oil it will automatically affect all the other fingers even when they do not want to be robbed with oil.
“In Guangdong Province, Nigerians are no longer giving resident permit. There is also no visa extension. Nigerians who are married and residing in China are not given resident permit. That is why many of us do not have our families here with us. Our citizens who come here to study cannot get resident permit and are not allowed to work unlike the citizens of other countries.”
Festus, who has also championed the cause of regular and electricity supply in Nigeria, said this was the time for Nigerians to rise and say No to drugs because drugs and crime undermine development by eroding social and human capital.

He said that the direct impacts of victimization, discrimination, image problem as well as fear of crime impede the socioeconomic development of all, including genuine business men and women.
“Nigerian citizens used to be the most favorite of China’s selection of Africans to partner with in business and other mutual relationship but these unlawful behaviors robbed the average Nigerian immigrant and businessmen in China that privilege.
Religion has become a part of our cultural values, and plays a major influence to how we value life,” he said and pleaded with religious leaders in China to make good use of their platform to discourage their members from the temptation of sudden wealth and the consequences that goes with it.
“In fact, you all have a major role to play since all our religious gathering shares one thing in common – the blessings of prosperity and successful lifestyles. We should take the courage to define the true blessings of God when we work hard, pray and trust God than the deceit of the enemy in the name of prosperity of which the end is always a bitter experience and transferred sufferings and shame to everyone.”
He tasked the Nigeria embassy and the Consulate General in Guangzhou to find every means to look into the affairs of the many Nigerian citizens present here in Guangzhou and other parts of China.
“We are a communal people; even China recognizes the impact of our community gatherings, as it aids control and management of the numerous Nigerian immigrants resident or transacting businesses across China, the embassy authority should help in creating a platform of legality in the leadership of the Nigerian Community – this I believe will aid all our efforts in harnessing the activities of many Nigerian citizens who are here in China for different purposes.
“As much as we are foreigners in China and have come here with the sole intent to succeed and take wealth home, the issue of clash of interest and partisan politics among Nigerian citizens whom I believe all has genuine intentions in helping to organize their fellow brothers and sisters should not be viewed in the negative but to be encouraged to take a formal approach with due respect to the laws of the land.
“The embassy may not be able to follow the activities of every Nigerian in order to put them under a check but through a legal platform of the Nigeria Union under the blessings of the Nigeria embassy and the Consulate General office here in Guangzhou, we would be able to have on ground “foot soldiers” to combat the excesses of few of our citizens that is contributing a menace and robbing all of us the immense benefits of our cooperation with China.” [myad]