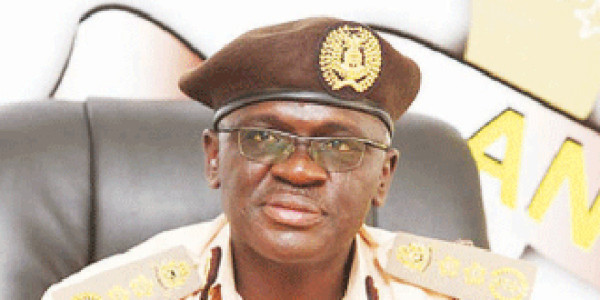 About a year after the badly organized recruitment exercise into the Nigeria Immigration Service that resulted in death of many Nigerian applicants and injury of other in stampede, another immigration recruitment has began with the Comptroller-General of the Service, David Parradang alerting Nigerians on fraudsters that have taken over the exercise. He warned Nigerians to beware of those he called “money-for-job” offers by individuals.

The warning, which described such people as nothing but scammers, was contained in a statement by Chukwuemeka Obua, the service Public Relations Office in Abuja today.

The statement said many criminal elements were currently using fake websites and social media accounts to defraud unsuspecting members of the public, seeking enlistment into the NIS.

It said the criminal elements used the fake sites to pose as the Comptroller-General and the PRO of the service to offer job placements to unsuspecting members of the public.

“The Comptroller-General wishes to advise members of the public to disregard any such money-for-job offers on the fake website and social media platforms.’’

It said the ongoing recruitment as being handled by the Presidential Committee, set up to assist in the conduct of 2015 Immigration recruitment, would be fair and transparent.

The statement said the website address for the recruitment is www.fedcivilservice.gov.ng while the official website of the NIS is www.immigration.gov.ng. [myad]