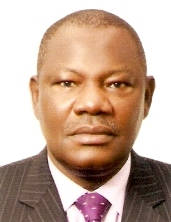 No fewer than five gunmen have reportedly kidnapped the Commissioner of Land in Kogi State, Mr. Steven Mayaki.

An eyewitness, who spoke on the condition of anonymity, told journalists in Lokoja that the five gunmen trailed and kidnapped the commissioner at his farm in Osara village, Adavi Local Government Area of the state today.

According to him, the gunmen stormed Mayaki’s farm in a Prado Jeep, forcibly picked up the commissioner and  drove the victim away to an unknown destination.

“It is true the commissioner  was kidnapped but the command is on top of the matter.”

The state High Court Judge, Justice Samuel Obayomi, who was kidnapped last Monday,  has yet to be released. The judge’s orderly, Mr.  Usman Musa was shot dead in the encounter.

The kidnappers later demanded N150m ransom before they would  release the judge. [myad]