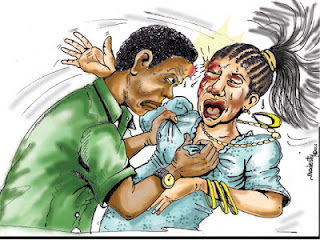 A man whose name was not immediately disclosed is now under investigation by Imo state police command over the death of a 22 year old final year student of the Federal Polytechnic, Nekede local government area of the state, Miss Onyinyechi Okegbulam from Egbu in Owerri North Local Government Area.

The deceased was allegedly killed by her boyfriend for refusing his marriage proposal. She was allegedly shot in the head at close range by her supposed boyfriend in the village after she rejected his offer of marriage.

Eyewitnesses said that the deceased was lured out of her family home by the boyfriend at night after she rejected him and was then shot. Another source claimed that soon after shooting the girl, the young man tried to smuggle Onyinyechi’s lifeless body into his car but scampered for safety when a woman raised alarm, which attracted several people to the scene.

of the girl and it was this that infuriated him. Police are now said to be looking for the boyfriend, although it has not yet been confirmed if an arrest has been made.

One local resident said: “We heard that the boy picked the bills for the girl’s education but that the girl later abandoned the boy and opted to marry another man. We have even heard that the marriage has been fixed before the boyfriend struck.”

A spokesman of the Imo State Police Command said they are investigating the matter and the late girl’s parents are cooperating with them. If the boyfriend is caught, it is almost certain that he will be charged with murder. [myad]