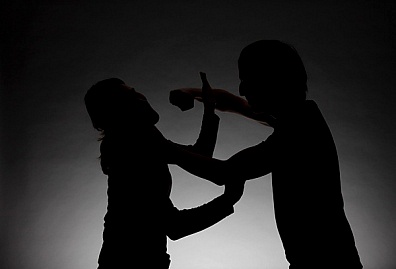 A 27-year-old man, Tobi Majoyegbe, was alleged to have beaten his father and also beat a police man who was invited to arrest him.

Information reaching us showed that  Tobi’s father and mother were fighting and that instead of separating them, he joined his mother to beat up his father.

His father, Mr. Victor Majoyegbe, then went to the police station for his son’s arrest, but that when the policemen went to the house, Tobi and his friend, Taiwo, resisted arrest and beat up the officers.

It was learnt that Tobi and his friend locked the door against the police officers and stole a phone valued at N45,000 and a belt worth N2,000 belonging to them.

Meanwhile, Tobi has been arraigned, along with his friend, Taiwo Tayo, an estate agent, on 10 count charges of assault, stealing and conspiracy at an Ikeja Chief Magistrates’ Court.

The Prosecutor, Inspector Clifford Ogu, told the court that the offences were committed on June 2, at the accused’s residence.

The accused, however, denied the charges.

The Chief Magistrate, Mrs. Taiwo Akanni, granted each of the accused N100,000 bail with one surety each in like sum and adjourned the case to August 1 for mention. [myad]