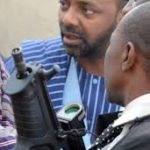 Nigeria Federal Government is back in court, accusing Mohammed Abacha, the eldest son of late Head of State, General Sani Abacha, of unlawfully hiding about N446.3 Billion allegedly stolen from the national treasury between 1995 and 1998.

The charge, according to government, replaced an earlier 121 criminal counts in which Mohammed was sued alongside one of his alleged accomplice, Atiku Bagudu.

The government excluded Bagudu in the fresh charge and there is an indication that the government may use him as a witness against Mohammed.

A private prosecutor, Mr. Daniel Enwelum, has been hired by the government to prosecute the case to its logical conclusion.

Meanwhile, attempt to arraign Mohammed before Justice Mamman Kolo of the High Court of the Federal Capital Territory yesterday proved abortive owing to his absence.

Enwelum told the court that even when Mohammed had been served with the charge, with evidence to that effect contained in a sworn affidavit by the court’s bailiff, the accused person refused to present himself for arraignment.

He said the new charge against Mohammed was filed pursuant to Section 181 of the Criminal Procedure Code, CPC.

Enwelum urged the court to accept the fresh charge and deem the receipt of the charge by the defence lawyer on behalf of the accused person, as proper service.

He said Mohammed’s lawyer, Abdulllahi Haruna had received the charge on his behalf.

However, Haruna told the court that Mohammed was absent owing to the fact that he was yet to receive a copy of the fresh charge.

He, therefore, urged the court to adjourn the case to a further date to enable his client to appear for arraignment.

The court has fixed April 29 to take Mohammed Abacha’s plea.