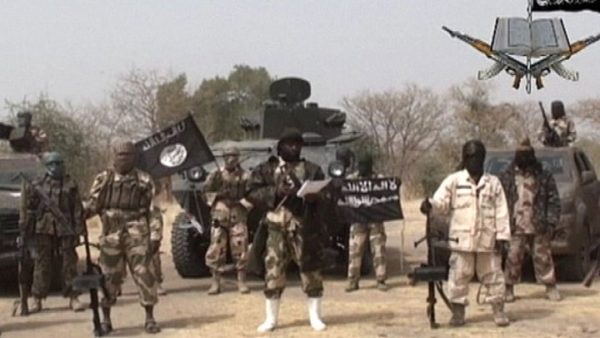 No fewer than 400 persons have been arrested in series of arrests in Kano, Borno, Abuja, Lagos, Sokoto, Adamawa, Kaduna and Zamfara in connection to the financing of the criminal activities of proscribed Boko Haram and other criminals in Nigeria.

According to information reaching us, in Kano, a major focus for the operation, traders at the foreign exchange open market in Wapa, Fagge Local Government, were picked up on March 9th, 15th and 16th this year.

Four of the arrested BDC operators were related to two persons that were jailed in Dubai last year on similar charges.

Those arrested are said to be kept in military and DSS facilities in Abuja and other places, even as their families and lawyers decry the continued detention of the suspects without trial or informing them of their offences.

According to security source, the arrests and detention of the suspects are parts of the ongoing inter-agency operation, being led by a top intelligence officer, with an army general leading a task team comprising military personnel and staff from intelligence services.

The closely-guarded operation is being coordinated by Defence Intelligence Agency (DIA), in collaboration with the Department of State Services (DSS), Nigerian Financial Intelligence Unit (NFIU) and the Central Bank of Nigeria (CBN).

As part of the operation, billions of naira traced to businesses belonging to persons of interest have been blocked in banks in series of “post no debit” letters sent out to banks by the CBN and NFIU. The apex bank has also lately obtained court orders directing freezing of dozens of accounts flagged for suspicious transactions.

See also:  Nwaoboshi Graduates From Senate To Prison For 7 Years, Over Money Laundering

The source said that the operation started last year with massive gathering and analysis of financial intelligence and drawing uplink analysis, leading to initial marking of some 60 businesses and individuals.

The operation was said to have received presidential nod last year, and approval by President Muhammadu Buhari for the exercise to be conducted out of the established bureaucracy.

“With the presidential approval, a task team was composed made up of personally selected senior officers who were deployed under the DIA to carry out the special assignment,” a senior government official told Daily Trust.

One official involved in the operation, who however craved for anonymity due to the sensitivity of the issue, said the operation has recorded immense success with the arrest of key persons with “direct” link to bandits and insurgents.

“The main person coordinating the funding ring for Boko Haram is in our custody, he and his closest ally in the business,” he said.

According to the source, about 19 BDCs owned by persons with “direct connection with Boko Haram” were uncovered, while over N300 billion was found to have been pumped into the funding of terrorism in the country.

The source disclosed that from one person in Borno State and another in Zaria, Kaduna State, over N50 billion were traced in funding to the armed groups.

“A number of those arrested have divulged vital information including operational details of bandits and Boko Haram insurgents. But they are being kept to aid further arrests,” he said.

According to him, not all the affected businessmen arrested were members of the criminal gangs but many of them were involved in it as a business.