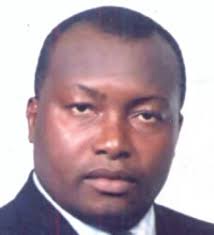 Pan-northern socio-political organization, Arewa Consultative Forum (ACF) has kicked against the extension of the state of emergency in three states of Adamawa, Borno and Yobe.

It said that extension of the emergency is absolutely unnecessary because the previous one that has lasted for a year had not resolved the problem it was meant to resolve.

In a statement by its Secretary-General, Colone Paul Ubah (Rtd.) in Kaduna State today, the ACF said that there is no reason for the National Assembly to extend the emergency rule as it has not solved the problem of the insurgency in the states.

“Before the State of Emergency was declared in the three states, between 2009 and 2012, the total casualties of the insurgency were less than 1,500. But this figure sky-rocketed to over 2,700 during the one year of the emergency rule, according to figures released by Amnesty International.

“It is not clear to the public why the violence has been escalating since the imposition of the state of emergency on those three states. If we counsel against the continuation of the emergency rule, we are only being guided by our ugly experiences thus far.

ACF blamed President Goodluck Jonathan for the poor handling of the abduction of the schoolgirls from the Government Secondary School, Chibok in Borno State, adding: “the President approached the abduction with neither a sense of urgency nor seriousness until ordinary Nigerians poured out on to the streets demanding greater action.

“The response of the Federal Government, particularly President Goodluck Jonathan and his wife, Dame Patience Jonathan, to the abduction of over 200 students by Boko Haram from the Government Girls Secondary School, Chibok, Borno on the 14th of April, 2014, is disappointing.

“His belated acceptance of help from foreign powers had come only after the abduction of over 200 young girls, stirring worldwide outrage.”