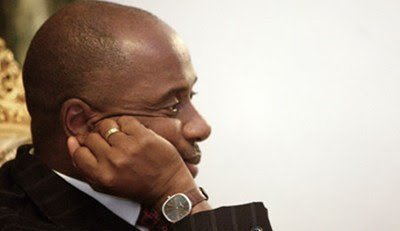 Rivers State Governor, Rotimi Amaechi, has accused the wife of President Goodluck Jonathan, Dame Patience Jonathan, of being responsible for the attack on members and supporters of the All Progressives Congress (APC) in Okrika, Rivers State today.

Amaechi, who spoke with newsmen in Abuja after an enlarged APC leaders’ meeting at the Shehu Yar’Adua Centre in Abuja today, condemned the act of violence and expressed disappointment over the law enforcement agents’ failure to ensure a hitch free campaign for the APC, despite having earlier assured the party of security and gave approval for the campaign to hold.

“We had meetings with DSS (Directorate of State Service) and police and they confirmed we could go ahead. There were 200 policemen and there were over 20 to 30 DSS men, who came there and they did nothing.” [myad]